UP polls: SP gets EC notice over COVD norms violation

UP police already filed FIR against around 2500 SP workers 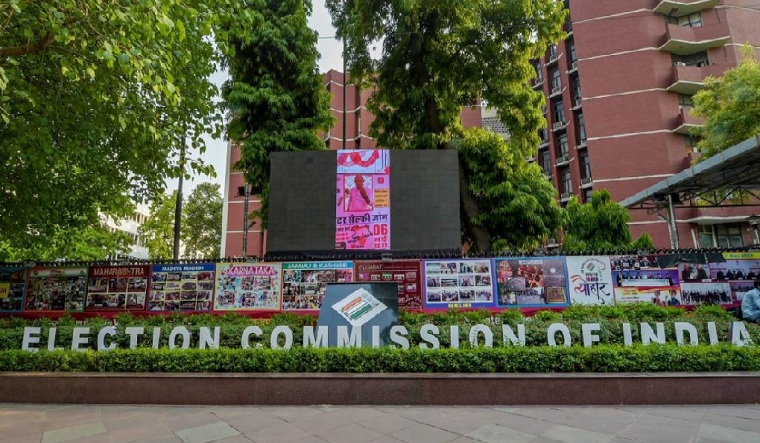 The Election Commission on Saturday issued notice to the Samajwadi Party over alleged violation of COVID-19 restrictions during a public meeting in Lucknow on Friday. The poll body demanded an explanation from the Akhilesh Yadav-led party over the event which was attended by hundreds of party workers.

Political rallies and public meetings have been banned in Uttar Pradesh till January 22 in the wake of a surge in COVID-19 cases.

On Friday, the UP police had filed an FIR against around 2,500 unknown SP workers who attended the event which was held to induct two rebel ministers and a few MLAs who had quit the Bharatiya Janata Party.

The case has been filed under the Indian Penal Code (IPC) sections 188 (violation of instructions), 269 (spreading infection of disease), 270 (endangering the life of others by spreading infection), and 341 (wrongful restraint of a person), and relevant sections of the Disaster Management Act and the Epidemic Diseases Act.

Uttar Pradesh goes to polls in seven phases from February 10 to March 7. The counting will take place on March 10.