On January 8, the EC had listed out 16-point guidelines for campaigning 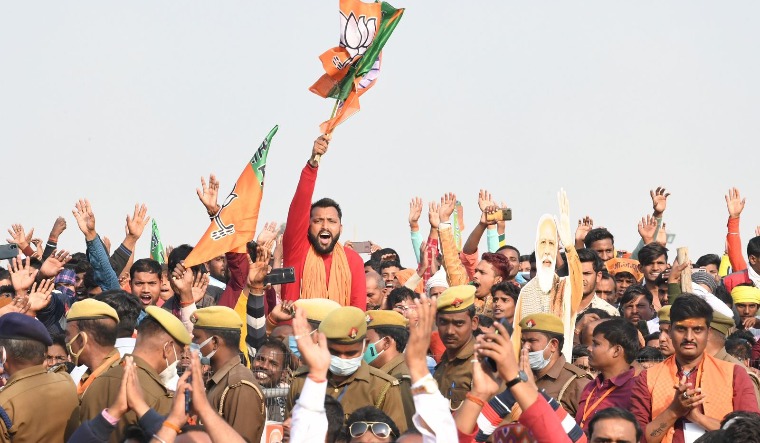 The Election Commission, on Saturday, decided to extend its ban on public rallies and roadshows in poll-bound states, till January 22.

On January 8, while announcing the poll schedule for Uttar Pradesh, Uttarakhand, Goa, Punjab and Manipur, the EC had banned public rallies, roadshows and similar physical campaigning events till January 15 in view of rising COVID-19 cases.

For indoor meetings for political parties, the poll body allowed a maximum of 300 persons or 50 per cent of the hall capacity or the prescribed limit set by the State Disaster Management Authority.

On January 8, the Commission had also listed out 16-point guidelines for campaigning as it banned 'nukkad sabhas' (corner meetings) on public roads and roundabouts, limited the number of persons allowed for door-to-door campaign to five, including the candidate, and prohibited victory processions after the counting on votes.

Separately, in a press release on Friday, the EC said on considering the ongoing pandemic and enhanced relevance of non-contact based campaign, it had, in consultation with Prasar Bharti Corporation decided to double the broadcast/telecast time allotted to each national party and recognised state party of the five states.