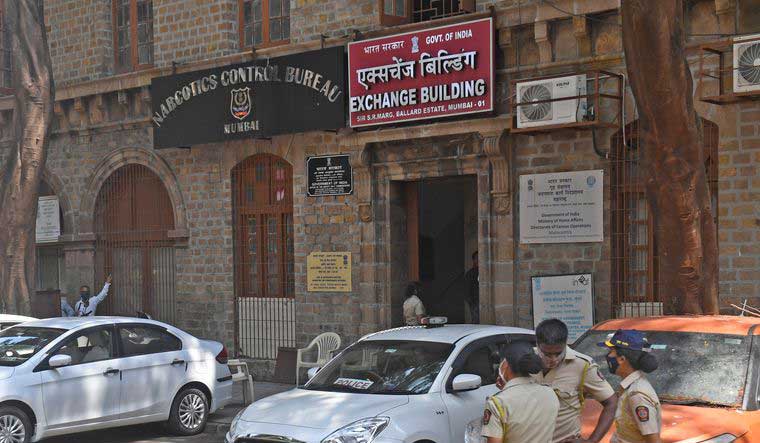 The travails of Sameer Khan, son-in-law of NCP minister Nawab Malik, may be far from over with the Narcotics Control Bureau writing to the Enforcement Directorate to examine whether charges of money laundering can be made out against him.

The internal communication comes after the NCB claimed he was involved in the sale and purchase of herbal tobacco in January last year and started examining the financial transactions made by him.

According to senior officials, disproportionate amounts have been found running into high-value transactions in the case which the anti-narcotics agency has found to be suspicious. Since the NCB does not have the mandate to probe the financial aspect of the case, it has asked the ED to examine the matter. If the ED finds sufficient sums that indicate money laundering, it can probe the matter further under the Prevention of Money Laundering Act.

The NCB's case against Khan has been termed a case of “political vendetta” by the NCP leader who has claimed his son-in-law is being framed by the central agencies. Sameer Khan has already got bail in the NCB case in September even as the anti-narcotics agency has moved the court this month for its cancellation.

In its bail order, the special court said there was no case of illicit drug trafficking and conspiracy against Sameer Khan. The high court is yet to hear the NCB’s plea. Khan was arrested by the NCB on January 13, 2021.

Malik, however, alleged that they have been harassed since they exposed the NCB's raid on a cruise in Mumbai in which Aryan Khan, son of Bollywood actor Shah Rukh Khan, was arrested.

The NCB and other central agencies will have to proceed carefully with sufficient evidence given the fact that it has suffered huge embarrassment over the handling of the Aryan Khan case. In its detailed order granting bail to Aryan Khan, the court once again said there was no evidence to suggest a conspiracy.

The matter not only turned into an ugly political battle with fingers being pointed at the alleged misuse of central agencies, but also invited criticism for the shoddy investigation by its Mumbai unit.

The case finally saw the repatriation of NCB's Mumbai zonal director Sameer Wankhede, who is facing a vigilance inquiry. Malik and Wankhede traded charges in public with the latter being accused of bribery. Wankhede has denied all charges. But the NCB has been in a tough spot ever since.