Rise in COVID-19 among kids; 24 cases in Bhopal Navodaya school 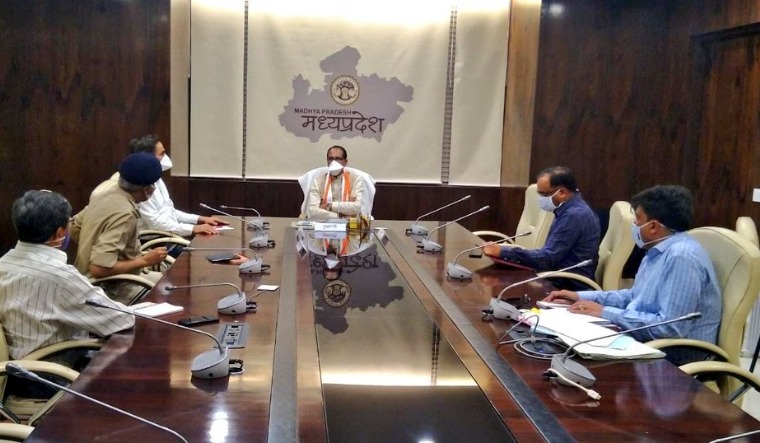 After demurring for days, despite growing demands from parents, the Madhya Pradesh government on Friday decided to close down all schools from class 1 to 12 till January 31, owing to the third wave of COVID-19.

All the private and government schools will close down with effect from January 15 and the pre-board exams (for class 10 and 12 students) scheduled from January 20, will now be conducted in "take home" format, chief minister Shivraj Singh Chouhan announced, following a review meeting.

The night curfew—between 11pm and 5am—will continue across the state.

The decision comes even as cases of children getting infected with COVID-19 have shown a rise in the state. During the past 24 hours, 24 kids of residential Navodaya School in Bhopal tested positive and were quarantined on school premises. Of the 1,008 cases reported in Bhopal in 24 hours, 73 were of kids and adolescents up to 18 years of age, sources said.

There has been a rising demand from parents to close down schools—that were running with 50 per cent capacity—as the third wave of COVID-19 raged. The government had been criticised for not closing schools even as many other big states decided to do so in the last few weeks.

Given the continuing surge, the government also banned fairs, rallies and big events of all kinds on Friday. Only events held in the open with a maximum of 250 participants (or 50 per cent of hall capacity) will be allowed. Sporting activities will also be allowed with 50 per cent sportsperson capacity and without any viewers.

The chief minister said that the economic activities will continue in the state so that the livelihood of people was not impacted. However, everyone should follow COVID-19 appropriate behaviour and protocols, Chouhan said.