AAP is inviting suggestions from the public for its CM candidate 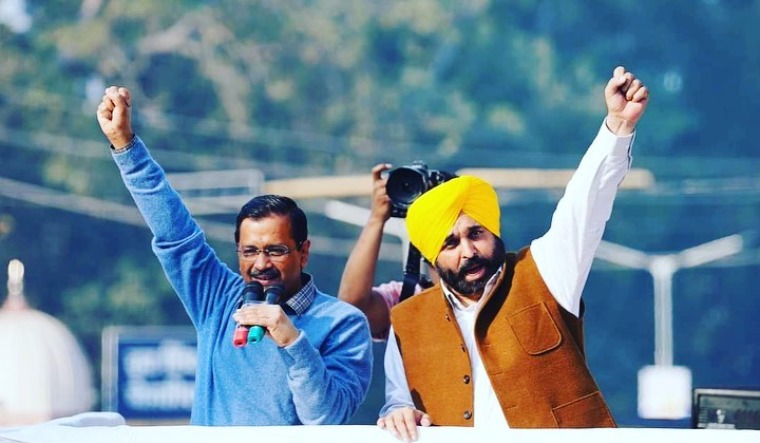 Addressing a press conference in Chandigarh on the second day of his tour of Punjab, Kejriwal said people could give suggestions via phone until January 17.

Kejriwal was quoted by ANI as saying “This is happening in India, probably for the first time after 1947, a party is asking the public to tell us who should be the CM face. By calling, or through WhatsApp messaging on the number 70748 70748, you can give your suggestions by 5pm on January 17. Based on the suggestions, we will choose our CM candidate. My personal choice is not important, public choice is important.”

Interestingly, Kejriwal also claimed he preferred MP Bhagwant Mann as chief ministerial candidate. There has been speculation that a section of the AAP leadership in Punjab had been pushing for Mann to be announced as the chief ministerial face.

Kejriwal exuded confidence AAP would come to power and implored party volunteers to boost efforts to give it a two-thirds majority in the 117-member assembly. “It is almost decided that AAP will come to power in Punjab. I want to request all my volunteers to give one last push. I want to request Punjab voters to give lots of votes. We should win seats above 80 instead of 60 seats,” Kejriwal was quoted by ANI as saying.

Mann was circumspect despite Kejriwal's backing for him. “... the responsibility of the chief minister is a big responsibility. CM has to be involved in the sorrow and happiness of the people of the state… I am grateful to the party, even if my duty is to paste the posters, I will do that too, but the faith that CM sahib [Kejriwal] has placed in me is priceless.”

Kejriwal also reiterated he was not in the fray to be the chief ministerial face. Last month, Kejriwal had said a Sikh would be the AAP CM candidate.

Polling for all 117 seats in Punjab will be held on February 14, with counting of votes on March 10.