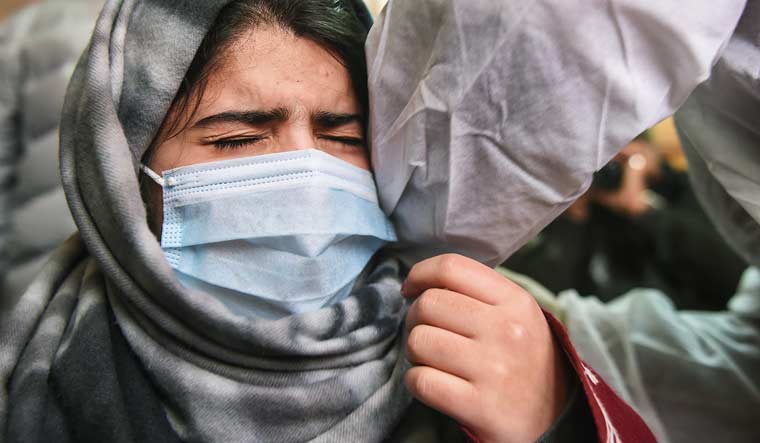 As many as 300 districts in India are reporting weekly case positivity of more than 5 per cent with Maharashtra, West Bengal, Delhi, Tamil Nadu, Karnataka, Uttar Pradesh, Kerala and Gujarat emerging as states of concern, the Union government said on Wednesday.

Addressing a press conference, health ministry joint secretary Lav Agarwal said a sharp rise in COVID-19 infections has been noted in India with the case positivity climbing to 11.05 per cent on Wednesday from 1.1 per cent on December 30.

Concurrently, COVID cases have been rising globally with January 10 recording the highest ever single-day rise of 31.59 lakh cases worldwide, he said.

The official said that currently, 300 districts in India are reporting weekly case positivity of more than 5 per cent.

Informing the press conference that 19 states have over 10,000 active COVID cases, Agarwal said Maharashtra, West Bengal, Delhi, Tamil Nadu, Karnataka, Uttar Pradesh, Kerala and Gujarat are emerging as states of concern due to rise in cases there.

Stressing on the importance of getting inoculated, he quoted the World Health Organisation to say that vaccine effectiveness against hospitalisation appears to be substantially higher than against symptomatic COVID-19 disease.