The leaders discussed the ongoing campaign 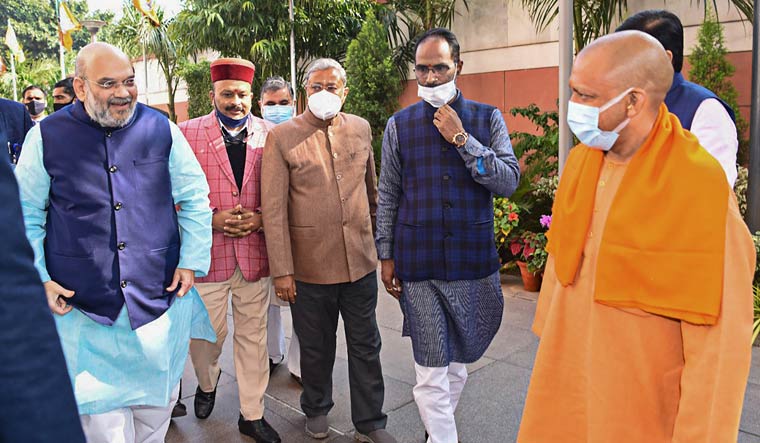 Union Home Minister Amit Shah and Uttar Pradesh Chief Minister Yogi Adityanath attended a key BJP meeting here on Tuesday as party leaders discussed the ongoing campaign for the state assembly polls ahead of the announcement of its candidates for the initial phases in a few days.

With the filing of nomination for the first phase of the seven-phase Uttar Pradesh polls set to begin from January 14, the party's CEC may meet soon to finalise the names of candidates, sources said.

The Uttar Pradesh BJP core group has been working to shortlist probable candidates for the assembly elections, especially for the seats which will go to the polls in the initial phases, they said, but there was no official statement on the confabulations in the meeting held at the party headquarters here.

The Election Commission's decision to ban rallies and roadshows due to surging Covid cases till January 15 has also prompted parties, including the BJP, to tweak its strategy with focus shifting to reaching out to voters through extensive use of social media and door to door campaigns.