Pilgrims arrive from various states to take the holy dip 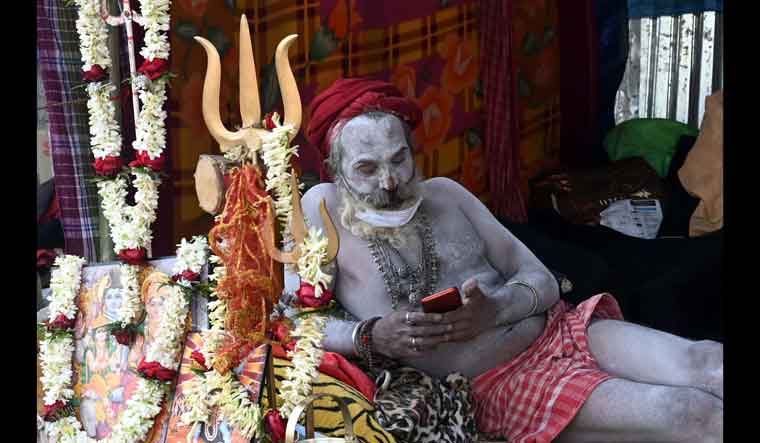 A sadhu looks at his phone, in his tent at the Gangasagar transit camp | Salil Bera

The Gangasagar Mela, held at West Bengal's Gangasagar Island during Makar Sankranti every year, started on January 8 and will continue till January 16. Amid the surge in COVID-19 cases in Bengal and other parts of the country, the Calcutta High Court had given a go-ahead to the Trinamool Congress government to conduct the event after taking necessary precautions. 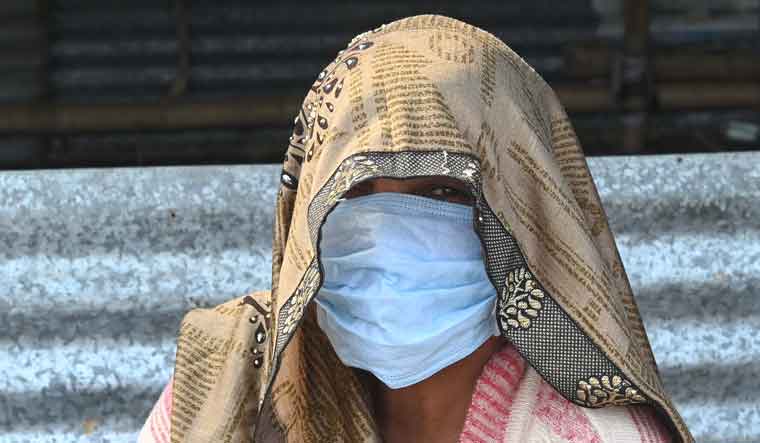 A mask-clad devotee at the Gangasagar transit camp | Salil Bera

Many pilgrims come from different parts of the country like Maharasthra, Uttar Pradesh and Bihar to take the holy dip on the auspicious occasion. This year, the number of pilgrims has dropped amid COVID-19 fears. 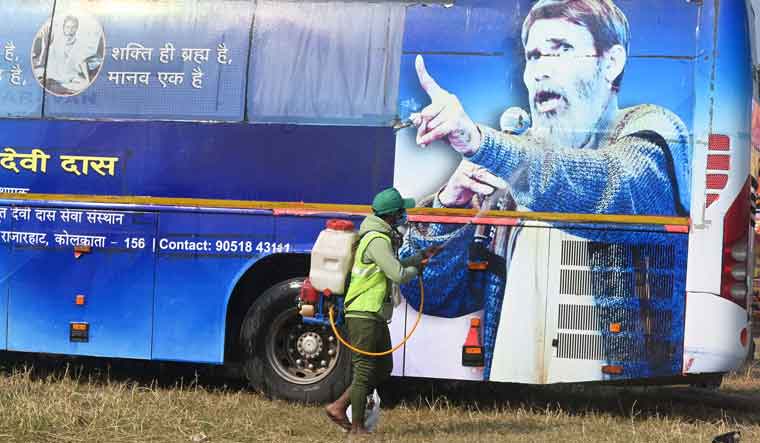 A bus being sanitised at the pilgrim site | Salil Bera 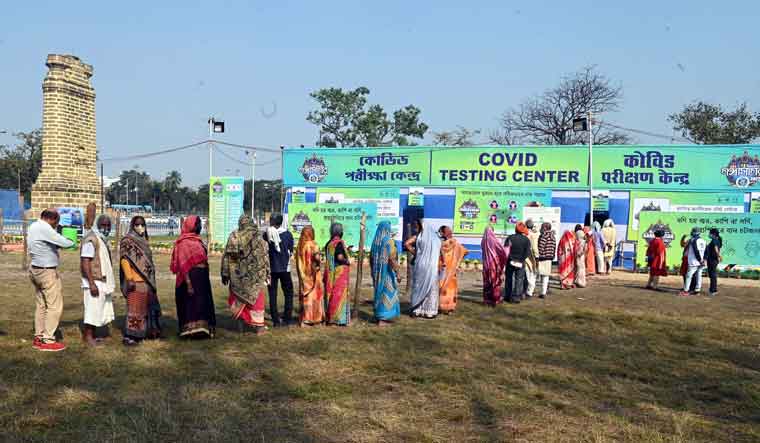 The Kolkata Municipal Corporation (KMC) has set up centres where pilgrims can take the Rapid Antigen Test at the Gangasagar transit camp. Many who arrived at the pilgrim site have already tested positive for the coronavirus. They are immediately taken to the state-run isolation homes.

Elderly people can been showing their double vaccination certificate to the medics and saying: “ I am fully vaccinated, how can I test positive? Something is wrong”. The KMC volunteers also supply masks and constantly sanitise buses and other vehicles used by the pilgrims to arrive in the city. 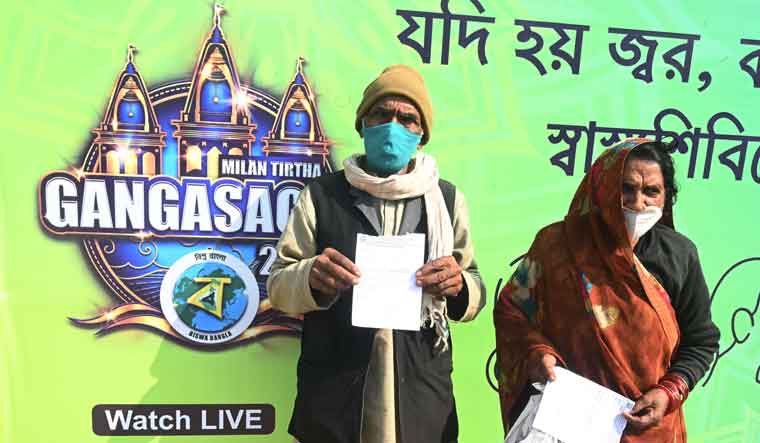 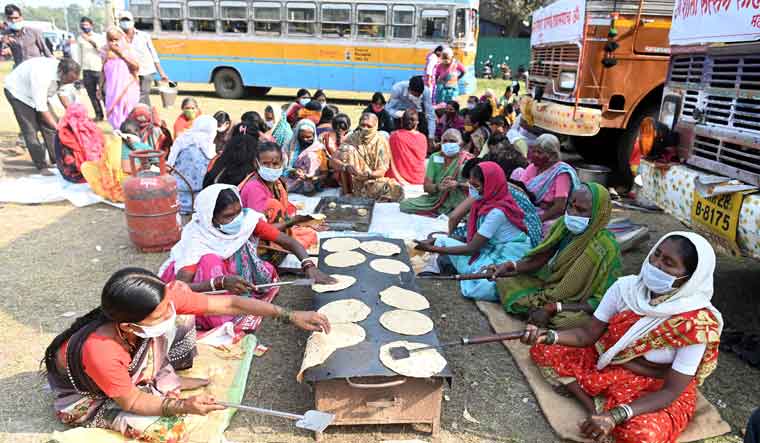 In its order permitting the mela, the HC had asked the West Bengal Home Secretary to ensure that COVID-19 restrictions are implemented without any lapse in Gangasagar Island. The Home Secretary has been asked to issue advertisements in newspapers and also through electronic media making the people aware of the risk of visiting Gangasagar Island between January 8-16 in large numbers. 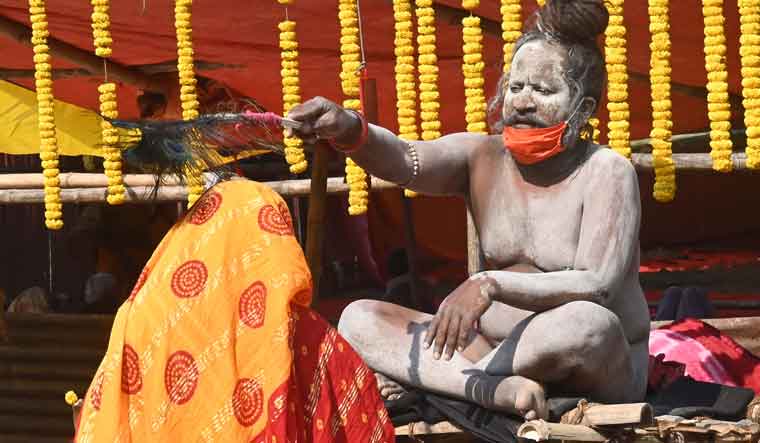 The court was responding to a plea filed by Avinandan Mondal, a doctor who said that the infection may spread further as nearly 30 lakh pilgrims visit the religious fair every year. He had sought directions to stop the mela this year as the state has been witnessing an exponential rise in the number of COVID-19 cases.

West Bengal on Sunday reported an all-time high of 24,287 fresh cases of COVID-19 on Sunday, the highest since the first wave of infections in 2020. Many doctors are worried about the situation, and are in favour of the restrictions suggested by TMC all-India general secretary Abhishek Banerjee. 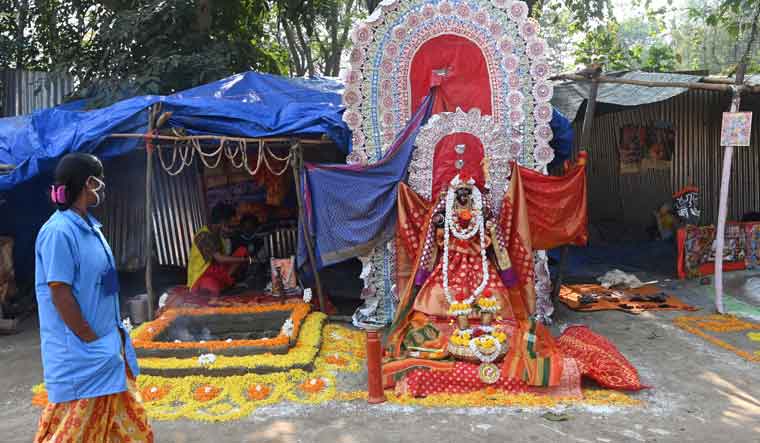 Figures of gods outside tents of sadhus | Salil Bera

The government, in its affidavit submitted before the court, said it will be ensured that all persons and pilgrims, including sadhus, sanyasis and people coming from other states to the Gangasagar Mela ground and its immediate precincts use face masks, sanitisers, and maintain social distancing.

All persons persons concerned with the management of the Gangasagar Mela such as government officials, police personnel, medical personnel, volunteers and all other aiding state machinery will use face masks, sanitisers and maintain social distancing. 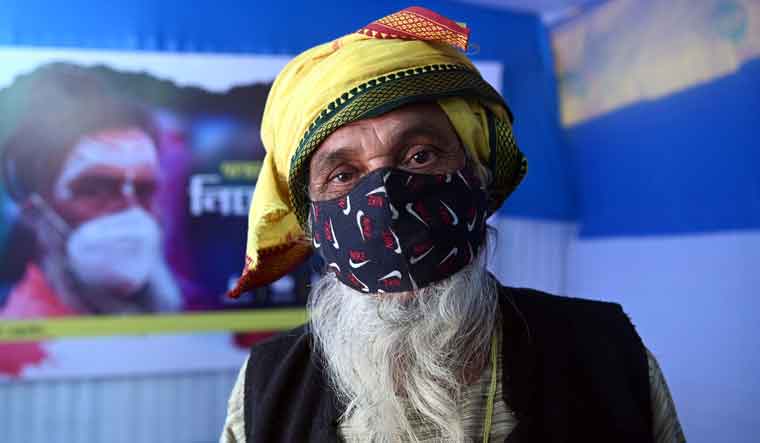 A pilgrim at the the Gangasagar transit camp | Salil Bera

From January 9, 10,000 police personnel and nearly 5,000 volunteers will be deployed from South 24 Parganas, the state government had said. A sufficient number of face masks and sanitisers would be made available for distribution to those not having them.

Two doctors and a few health workers have tested positive for COVID-19 so far. A temporary hospital has been set up at the Mela ground itself.