Howrah, Bidhannagar and Asansol corporations will go to polls this month 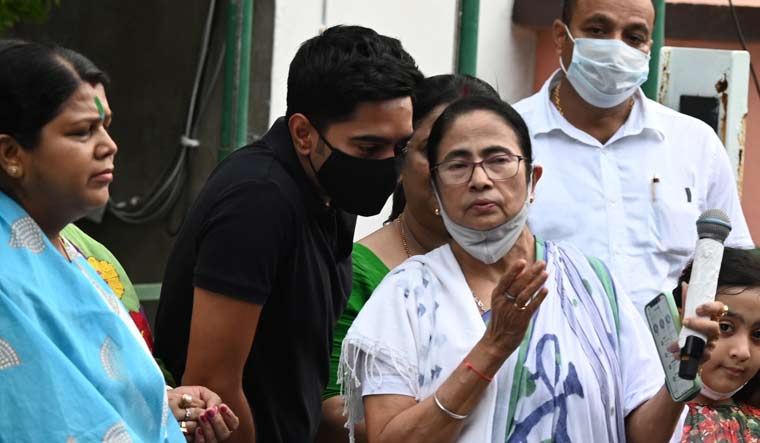 West Bengal BJP has termed the reported differences between Chief Minister Mamata Banerjee and her nephew Abhishek over imposing strict COVID-19 protocol and holding Makar Sankranti mela at Ganga Sagar, as nothing but drama.

Reacting to THE WEEK’s report, BJP Yuva president Dr Indranil Khan said, "They don’t differ. It is an entire drama."

Khan asked that if Abhishek was so concerned, why did he host a New Year bash on December 31, which was attended by thousands.

"It is just an attempt at image makeover."

THE WEEK had reported that while Mamata Banerjee gave the go-ahead to Makar Sankranti mela at Ganga Sagar, Abhishek called for stopping all religious and political activities. He called for a major crackdown on COVID violators.

BJP national vice-president Dilip Ghosh told THE WEEK, "I think it is their new strategy. The nephew will portray himself as a hard taskmaster and Pishi (aunt, that is, Mamata) will be liberal. That is what they have been offering to people of Bengal for last 10 years."

Ghosh said the COVID situation is so bad in West Bengal that people are shutting their doors on politicians.

"Even our workers could not give leaflets to voters. They closed their doors. Very few will come out and cast votes. Rest TMC men will loot."

Howrah, Bidhannagar and Asansol corporations will go to polls this month.

Khan said the BJP has suspended large congregations on Swami Vivekananda’s birthday tomorrow. "Instead, we will be with food and medicines at people's door."