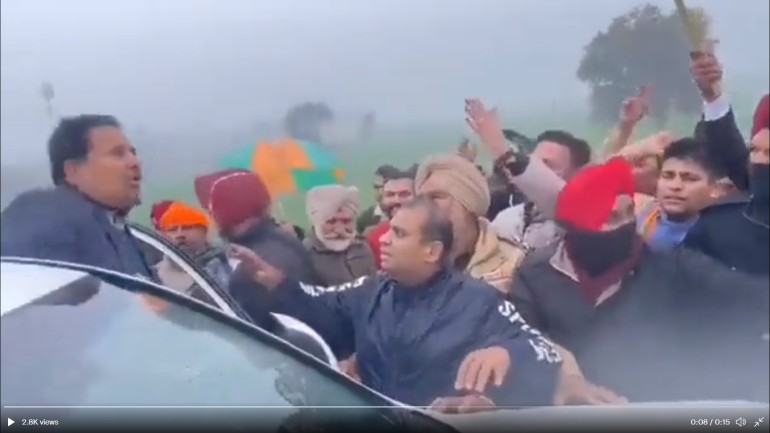 Amid the controversy surrounding the recent "security breach" of Prime Minister Narendra Modi in Punjab, a state minister was forced to chant "Modi Zindabad" after a group of BJP supporters surrounded his vehicle, on Thursday.

In a video that has gone viral, a few people, chanting Jai Shri Ram", are seen blocking the vehicle of Punjab Deputy Chief Minister O.P. Soni. According to media reports, the minister was on his way to Amritsar.

Minister Soni is seen getting out to the car, and saying "Modi Zindabad" after which the protestors allow his vehicles to pass.

In a "major security lapse", PM Modi's convoy was stranded on a flyover due to a blockade by protesters in Ferozepur on Wednesday after which he returned from poll-bound Punjab without attending any event, including a scheduled rally. The incident resulted in a blame-game, with the BJP accusing the the Congress of trying to physically harm the prime minister.

Punjab Chief Minister Charanjit Singh Channi denied any security lapse or political motive behind the incident and said his government is ready for an inquiry.

On Thursday, Channi said there was no threat to Modi's life and the latter canceled his programme on Wednesday because of less number of people in the BJP's rally at Ferozepur.