Amid Omicron scare, Vibrant Gujarat Summit to be held on Jan 10

PM Modi is to inaugurate the 10th edition of the Summit 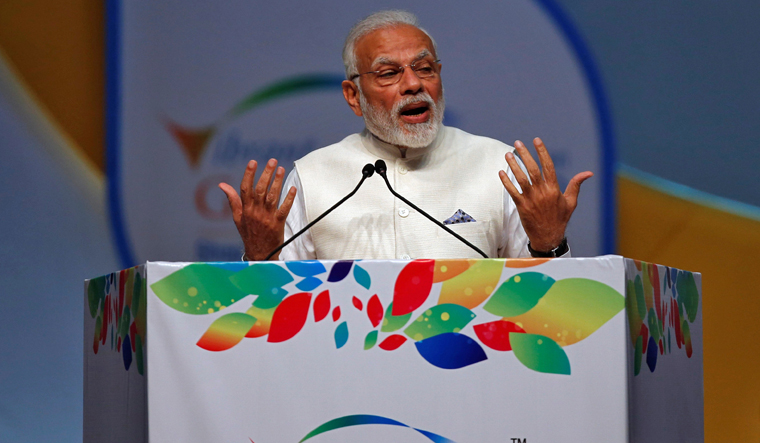 Notwithstanding the rising number of COVID-19 cases in Gujarat, the ruling BJP is all set to go ahead with the three-day Vibrant Gujarat Global Summit 2022 beginning in Gandhinagar from January 10.

Prime Minister Narendra Modi is to inaugurate the 10th edition of the Summit. However, it is not confirmed as yet whether Modi will inaugurate the summit, virtually or remain present.

For more than a fortnight, COVID-19 cases in Gujarat have been on the rise. The number of latest virus variant – Omicron – has been also on the rise.

Opposition Congress in the state had urged the government to call off the summit in the wake of rising number of cases.

On Friday late evening, the state government said that the enthusiasm and interest for the summit is exceptional.

In less than 24 hours after the state government making it official that the PM will inaugurate the summit, Gujarat recorded 1,069 new cases and the active cases have gone up to 3,927. With one more person succumbing to the virus, the official death toll went up to 10,119. The figure also includes 23 new cases of Omicron, taking the number of new variant cases to 136.

Last few days have seen a few curbs like night curfew being reintroduced. However, there is no let-up in public functions and rallies organised. Two days ago, Chief Minister Bhupendra Patel and his predecessor Vijay Rupani took part in a rally in Rajkot. Gujarat BJP president C.R. Patil’s meetings across the state continue uninterrupted. The Congress and the Aam Aadmi Party leaders have also been holding meetings.

The state government has said that this year’s Summit is to be a grand affair. Heads of states of five countries and CEOs of several multinational companies will be in attendance at the Summit themed “Atmanirbhar Gujarat to Atmanirbhar Bharat”.

A government spokesperson said that COVID-19 SOPs will be followed and special testing and quarantine facilities have been made for the delegates. The state government has also claimed that no participant or government employee, who has not taken two vaccine doses, will be allowed for the summit.