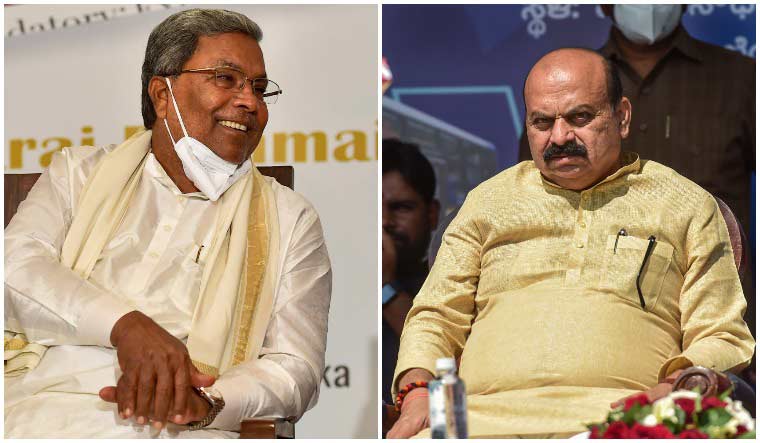 The ruling BJP in Karnataka got a jolt after the Congress party wrested 501 of the 1,184 wards in the 58 urban local bodies (ULBs) that went to polls on December 27. The ruling BJP has won 433, Janata Dal Secular 45, and 195 independents and 10 candidates from smaller parties like Janata Party (1), AAP (1), AIMIM (2) and SDPI (6) have emerged victorious.

In the elections to five city municipal councils, 19 town municipal councils and 34 town panchayats spread across 20 districts, the Congress has captured 20 ULBs, BJP 15 and JDS one, while the remaining ULBs have thrown up a hung verdict.

While the Opposition Congress is upbeat over its performance, the ruling BJP is left wondering if anti-incumbency has already set in. For the political parties which are gearing up for the 2023 assembly polls, the ULB poll outcome is sure to be an eye-opener to assess their individual strengths at the grassroots.

As the local body elections are usually fought over local issues, the lag in development work, non-payment of crop loss compensation, compensation to families of COVID victims, failure to provide housing to flood-affected families and non-implementation of pro-people schemes are some of the reasons for the anti-BJP sentiment at the grassroots, reason the insiders. However, a section of the BJP leaders also argue that the poor performance of party candidates is to do with BJP leaders backing their own independent candidates to be “noticed” by the party’s leadership.

Chief Minister Basavaraj Bommai has once again suffered a setback in his hometurf. In the recent MLC polls, the party’s official candidate Mahantesh Kavatagimath was defeated in Belagavi. And this time, the Congress has retained both Bankapur town municipal council and Guttal town panchayat in Shiggavi – the CM’s home constituency, in the ULB polls. “We have never won in Bankapur, as minority voters make up 65 per cent of voters. Same is the case with Gutta. We will focus on development in this region.”

Leader of Opposition Siddaramaiah said, “The result has captured the mood of the people. There is a pro-Congress wave in the state. The party will secure a clear majority in the upcoming assembly elections and come to power. BJP should realise that you cannot win elections merely on money power. One needs to work honestly for the people and win their confidence.”

Elaborating on the poll outcome, Siddaramaiah said, “In the previous ULB polls, the Congress and the BJP won equal number of seats but we have a greater vote share of 48 per cent against BJP’s 41 per cent.

This time, it seems the people have voted against the ruling BJP. Though the ULB poll result is not a referendum on the upcoming assembly polls, it is clear that people are fed up of the misgovernance and corruption of the BJP government. The development work in the state has come to a standstill.

AICC general secretary Randeep Singh Surjewala, in his tweet, lauded the efforts of Congress workers and leaders, and called it a “stupendous performance”. “It is evident from the results that people are waiting to throw out the illegitimate and corrupt BJP government that has eclipsed progress and paralysed governance. The vote share in the ULB polls indicate a huge slide in the popularity of BJP in the state as Congress holds 42.06% of votes, while BJP is at 36.9% and JDS 3.8%. Successive election results have established that voters care about price rise, falling incomes, jobs, rampant corruption. Manufactured issues like anti conversion laws and management of temples are not what people are going to be taken in with. Progressive Kannadigas realise such issues serve only divisive forces,” tweeted Surjewala, adding that the party’s “unity in action” would bring the Congress back to power in the state.

Bommai hit back at the Congress saying, “They are dreaming about coming to power after assembly polls. Their dream will remain a dream. BJP will complete the term and will continue to remain in power for five years after 2023 and also 2028.”

JDS leader H.D. Kumaraswamy stated that the regional party had won over the people as was evident in Bidadi. “The Congress party was trying to dominate in Bidadi (Ramanagara district) and today we have won and the Congress has got its answer. Our focus is the 2023 elections. However, I am happy my party has won seats beyond Old Mysuru region - in Vijayapura, Raichur. Coastal Karnataka and Chikmagalur. Our opponents had claimed that JDS had vanished from Sira (Tumkur) but we have proven them wrong. In fact, the JDS support has become crucial for both the national parties in many ULBs, which have a hung verdict,” said Kumaraswamy.