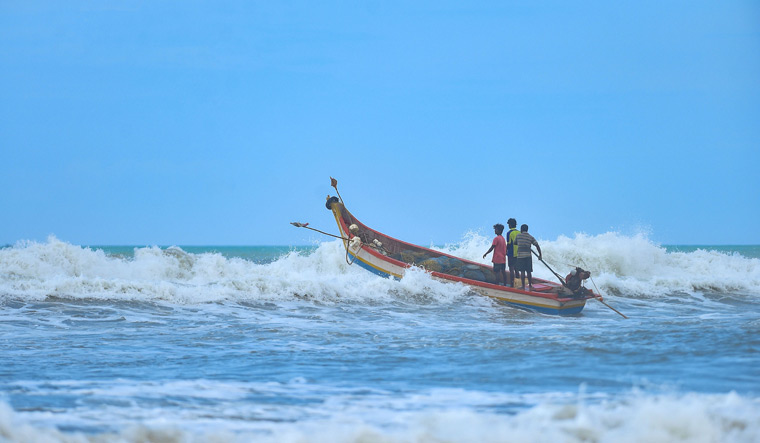 Protesting against the arrest of 55 fishermen by the Sri Lankan Navy, more than 200 fishers, led by leaders of various fishermen associations staged a demonstration in Rameswaram on Monday pressing for their quick release.

The fishermen here, who are on an indefinite strike from Sunday over the arrests, demanded that the Sri Lankan authorities immediately release all the arrested fishermen and their boats.

Speaking to reporters, P Sesu Raja, leader of a fishermen association said, continuing the protest, they would hold a one-day hunger strike at Thangachimadam near here on Wednesday.

If the Sri Lankan government failed to release the arrested fishermen, they would stage a rail-roko on January 1.

Reportedly, a court in Jaffna has remanded all the 55 arrested Indian fishermen hailing from Tamil Nadu in judicial custody till December 31 and they have been lodged in a prison in Jaffna.

On December 19, Sri Lankan Navy arrested 55 fishermen (43 from Rameswaram and 12 from Mandapam and both in Ramanathapuram district) and their eight mechanised boats in two separate incidents.

Following their arrest, Chief Minister M.K. Stalin took up the matter with the Centre urging steps for the immediate release of 55 fishermen and a total of 73 boats, including those seized in previous incidents.

The repeated attempts by the Lankan Navy to prevent Indian fishermen from exercising their traditional fishing rights through 'intimidatory tactics' must not be allowed to continue further, he had said.