Congress' strength in the 40-member state Assembly reduces to 3 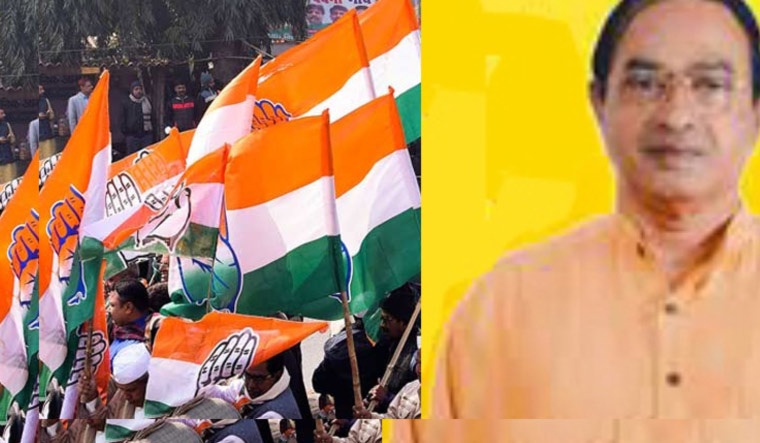 In another setback to the Congress ahead of Goa polls, party MLA and former chief minister Ravi Naik tendered his resignation from the state Assembly on Tuesday.

With Naik's resignation, the Congress' strength in the 40-member state Assembly has been reduced to three.

He was accompanied by his two sons, who joined the ruling BJP last year.

I have resigned. I will let you know what is the next course of action, Naik told reporters here after submitting his resignation.

According to sources, Naik is expected to join the BJP later in the day in the presence of the party's Goa election in-charge Devendra Fadnavis.

Ravi Naik's younger son Roy Naik said he has requested his father to join the BJP.

In the 2017 state Assembly polls, the Congress had emerged as the single largest party by winning 17 seats. However, the BJP, which had won 13 seats, forged an alliance with some regional outfits and independents to form government in the coastal state.

Since then, a number of Congress MLAs quit the party and joined the BJP.

After the 2017 polls, Valpoi MLA Vishwajit Rane was the first to resign from the Congress. He later joined the BJP and won the bypoll from the seat.

Soon after Rane's exit, two more Congress MLAs - Subhash Shirodkar (who represented Shiroda seat) and Dayanand Sopte (Mandrem) - left the party to join the BJP. Both of them later won the by-elections held in May 2019.

The biggest setback for the Goa Congress came in July 2019, when a group of its 10 MLAs, led by then Leader of Opposition Chandrakant Kavlekar, quit the party.

At present, the Congress has only three MLAs in the state - Leader of Opposition Digambar Kamat, Aleixo Reginaldo (representing Curtorim Assembly seat) and Pratapsingh Rane (from Poriem seat).