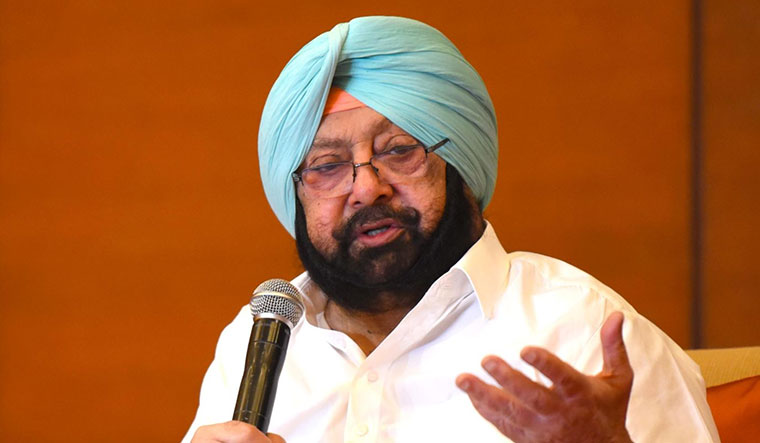 Former Punjab CM Amarinder Singh on Tuesday questioned the Congress over the appointment of Ajay Maken as the chief of its key panel for the state Assembly polls, alleging that the leader’s uncle was involved in the 1984 anti-Sikh riots.

He also dubbed Maken as a "failed politician", saying under him the party lost two successive Assembly polls in Delhi.

Maken, who is the Congress general secretary, was appointed the chairman of the screening committee for the shortlisting of candidates for the Punjab Assembly polls.

"Maken is the nephew of Lalit Maken, who was one of the main culprits of the 1984 anti-Sikh riots in Delhi. The Congress could not have nominated a worst person than Maken for the job," the former CM said in a statement.

The former CM said while the Centre is going ahead with the "prosecution of another culprit, Sajjan Kumar, the Congress is rewarding the Makens and that too in Punjab, thus rubbing salt into Punjabis' wounds".

"The Congress Party should have avoided naming someone like Maken as the name itself draws derision and revulsion in Punjab for the involvement of his late uncle in the anti-Sikh riots where innocent victims were burnt alive to death," Amarinder Singh said.

The former chief minister said Maken was not qualified enough to head the screening committee with veteran leaders like Ambika Soni and Sunil Jakhar being kept under him.

He claimed Ajay Maken had presided over two successive defeats of the party in the Delhi Assembly elections, drawing back-to-back blank.

"After ensuring that the Congress got zero seats in two successive elections in Delhi in 2014 and 2019, he has now been dispatched to ensure that same feat is achieved in Punjab as well", Amarinder Singh said.

The former CM said this clearly indicates that the party has admitted to defeat before the elections by appointing "a failed politician", who lost 2014 and 2019 Lok Sabha and Vidhan Sabha elections, losing even his deposit in the Vidhan Sabha".

Amarinder Singh was forced to resign as the Punjab chief minister amid a power tussle with state Congress chief Navjot Singh Sidhu.

He floated his own party Punjab Lok Congress to fight the elections.