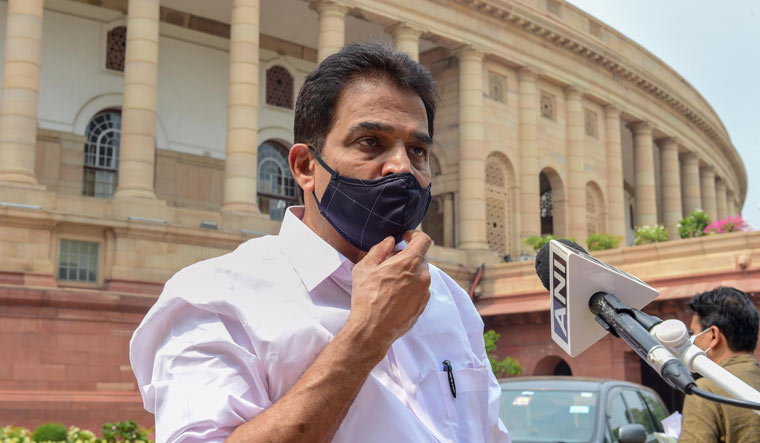 Reacting to Trinamool Congress chief and West Bengal Chief Minister Mamata Banerjee's call to regional parties to come together to take on the BJP, the Congress, on Wednesday, said it is not possible to defeat the saffron party without the help of the Congress.

"Everybody knows the reality of Indian politics. Thinking that without Congress anybody can defeat BJP is merely a dream," Congress general secretary K.C. Venugopal said.

The TMC chief, who met NCP president Sharad Pawar in Mumbai on Wednesday after meeting Shiv Sena leaders the day before, said it would be easy to defeat the saffron party if all regional parties come together. "A firm alternative course should be made as nobody's fighting against ongoing fascism," she claimed.

The CM also made a cryptic remark that there was "no UPA now”, when she was asked if she wanted Pawar to be the chairperson of the Congress-led UPA.

Pawar too had called for a united opposition against the BJP saying, "In today's situation like-minded forces have to come together at national level and set up collective leadership. We have to provide a strong alternative to leadership. Our thinking is not for today, but for election. This has to be established and with that intention, she (Banerjee) has visited and had a very positive discussion with all of us."

Pawar, however, was more accommodative when he was asked by the reporters if an alliance without Congress was on cards. "All those opposed to the BJP are welcome to join us. There is no question of excluding anyone. We discussed the prevailing situation and the need for all like-minded parties to come together and provide a strong alternative to the BJP. Leadership is not an issue at this point. We need to unitedly work against the BJP."