The rally has been shifted to Jaipur now, and will be held on Dec 12 as decided 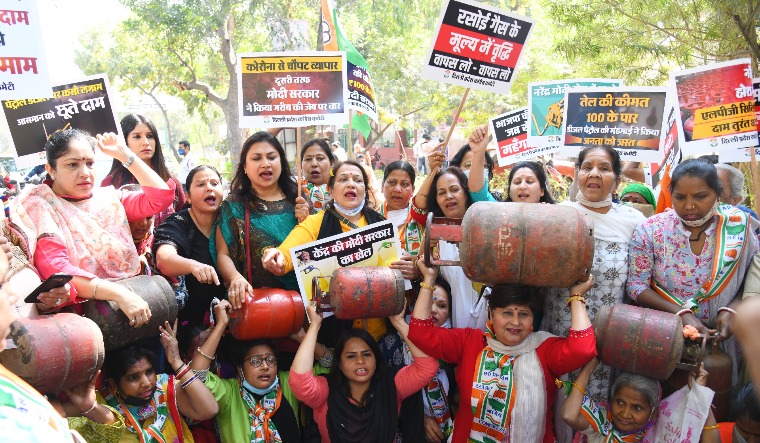 The Congress today claimed that the Centre has withdrawn permission for the former’s 'Mahangai Hatao Rally' in New Delhi on December 12. The party said the rally will now be held in Jaipur on the same date.

Congress had decided to organise the rally in the national capital as a culmination of its nationwide campaign on the issue of price rise.

AICC General Secretary in charge of organisation K.C. Venugopal said the Centre had agreed after much effort by the party for the rally to be held in Dwarka area of Delhi.

"Now, even as the party was involved in organising a massive public show with people and party workers from all over the country enthusiastically looking forward to come to Delhi for the rally, the Modi government in a prejudiced conspiracy got the Lt Governor of Delhi to cancel permission for the rally," Venugopal said.

He said the government is jittery on the issue of price rise and obviously does not want a people's movement to take shape on the issue.

"They are obviously scared that a massive public rally by the Congress party will bring the issue of inflation to the fore and make the people see starkly that none but the Narendra Modi-led central government is responsible for it," Venugopal said.

The Congress has decided to shift the rally to party-ruled Rajasthan and there will be no change in its date. The rally will be addressed by senior party leaders, including Congress president Sonia Gandhi and former party chief Rahul Gandhi.