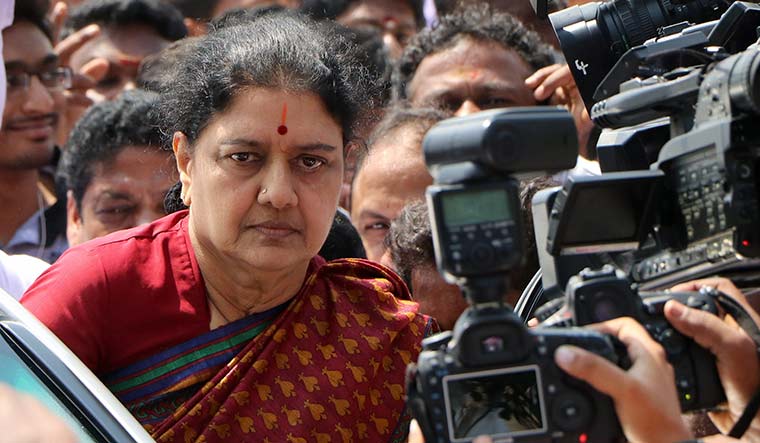 The AIADMK on Wednesday amended the party bylaws to make the existing dual leadership continue in the party and shut doors for Sasikala’s reentry. The party executive which met at the party headquarters at Avvai Shanmugam Salai in Chennai on Wednesday passed a special resolution to bring in important change in the bylaws, saying the coordinator and the joint coordinator, who will jointly have the powers of the party general secretary, will be elected directly by the primary members of the party.

For Panneerselvam, the special resolution allowing the primary members to elect both the coordinator and the joint coordinator in a single vote has ensured his position in the party. Sources close to him informed THE WEEK that it is the first step by him in firming up his leadership position in the party. Panneerselavm had to give up the chief minister candidature ahead of the recently concluded Assembly elections. “Edappadi Palaniswami cannot lead the party without Panneerselvam anymore. Changing the party constitution for voting from general council members electing the coordinator and joint coordinator to primary members voting is itself a success,” says a senior leader close to Panneerselvam.

On the other side, the resolution establishes the role of both Panneerselvam and Palaniswami firmly in the leadership saddle. Sources in the party also say that the resolution is a move towards thwarting V.K. Sasikala’s plans to take over the party. Meanwhile, for Edappadi Palaniswami who, according to sources, is not ready to allow any other senior leader from the western zone to rise up to the leadership position, a compromise with Panneerselvam will help him stay on top. Apparently, former minister K.A. Sengottaiyan, sources say, raised objections, when Thamil Magan Hussain was appointed as the interim presidium chairman, hours before the resolution was passed. However, one of the senior leaders, who was present at the meeting, told THE WEEK that Panneerselvam consoled Sengottaiyan and asked him to stay calm indicating that things will change for the better in the near future.

Earlier, hours ahead of the executive council meeting, both Panneerselvam and Palaniswami expelled Anwar Raajah, former minister and minority wing secretary, from the primary membership of the party, citing anti-party activities. Raajah has been vociferous in the recent past opposing the dual leadership in the party and also backed Sasikala’s re-entry. However, the AIADMK has still not expelled Sholavandan former MLA Manickam who recently joined the BJP in the presence of J.P. Nadda.