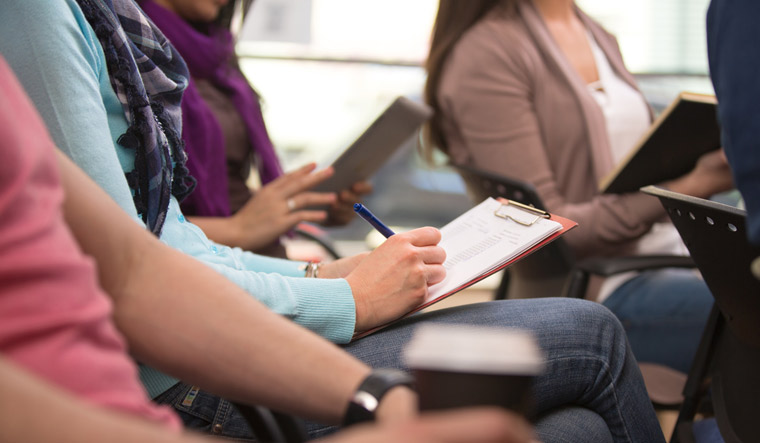 A parliamentary committee, which tabled its report on school textbook reforms, on Tuesday, had several recommendations on how history should be taught in Indian schools in a revamped curriculum.

The parliamentary standing committee on education, women, children, youth and sports presented its report on 'Reforms in Content and Design of School Text Books' in the Rajya Sabha. "Our history textbooks should be continually updated, and account for post-1947 history as well," noted one of the recommendations, while laying special emphasis on highlighting "the lives of hitherto unknown men and women from different states and districts who have positively influenced our national history, honour, and one-ness."

The basis of writing and development of textbooks in India is the National Curriculum Framework (NCF) which is set to be revised in light of the New Education Policy (NEP) 2020. Several stakeholders have been sought out to give their inputs to this exercise, leading to a widespread public discourse on the content and design of school textbooks.

The report explains that the textbook reforms has been undertaken to remove "references to un-historical facts and distortions about our national heroes from the text books," "ensure equal or proportionate references to all periods of Indian history" and highlight "the role of great historic women achievers, including Gargi, Maitreyi, or rulers like Rani of Jhansi, Rani Channamma, Chand Bibi, Zalkari Bai, etc."

Creating the next generation of history textbooks has elicited a varied set of responses.

"Textbooks of Indian history will ensure proportionate references to all periods of Indian History, i.e., ancient, medieval and modern," said director of NCERT Sridhar Srivastava. "Great historic women have also been represented in the supplementary materials and other subject textbooks such as Sociology prepared by the NCERT. However, coverage of great historic women belonging to different periods of Indian history will be taken up in the new textbooks, supplementary materials and e-content."

Bharatiya Shikshan Mandal from New Delhi, an offshoot of the RSS, had its own points to highlight. "The portion which enhances self-esteem and national pride and unity should be highlighted and emphasized; images of historical proof should also be published with the text," the Mandal stated.

Public Policy Research Centre, a "research" outfit in New Delhi, opposed the overemphasis on the Mughal period. "As against this, Rajput kings like Maharana Pratap and Rana Sanga have not received enough weightage. This needs to change immediately. The contributions of the Marathas, the Sikh Gurus, the Satnamis and others in opposing the Mughal Empire need to find a place in Indian history textbooks."

Jnana Prabodhini, a socio-educational organisation based in Pune, emphasised the need to highlight history of the Northeastern region. "Bhakti and social movements in Assam and Manipur, tribal heroes who fought against the British, contribution of Arunachal and Manipur with reference to Azad Hind Fauj and 1962 war, dynasties in Assam, Manipur, Tripura, Meghalaya should be focused," stated representatives of Jnana Prabodhini.

"School textbooks written for the NCERT by some of the tallest scholars in the country, like Romila Thapar, R.S. Sharma, Satish Chandra and Bipan Chandra were actually removed, and in their place books with a clear sectarian, majoritarian bias were introduced in 2002," stated the Indian History Congress in their submission emailed to the committee. Pointing out that textbooks are meant to offer a synoptic understanding of India history, it said the review process should therefore not ignore pedagogical concerns.

The Indian History Congress also disputed the absence of national heroes and women achievers. "Adequate discussion of over 120 national heroes is available in the existing textbooks and there is no deliberate neglect that may be imputed. There is ample representation of different periods of history and historical developments within the broad chronological periods of ancient, medieval and modern history."