No case of Omicron variant in India yet, health minister Mandaviya tells Parliament

States advised to be on alert, ramp up tracking and testing 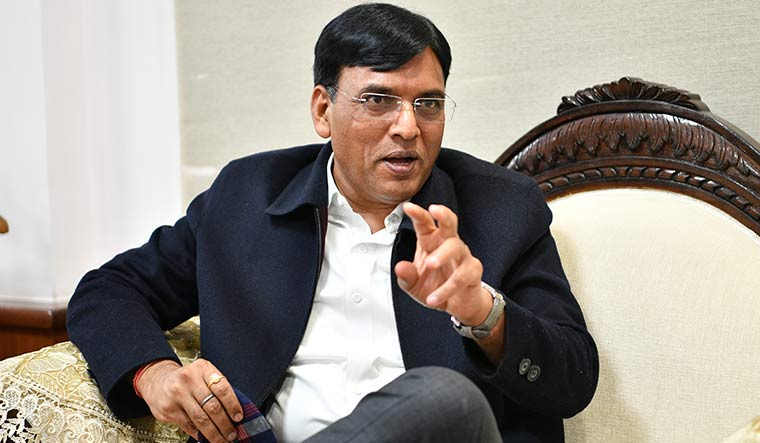 There is not a single case of the Omicron variant in India so far, Union health minister Mansukh Mandaviya told Parliament on Tuesday. He said that the variant of the COVID-19 virus has been reported from 14 countries and India is on the alert.

Mandaviya expressed confidence that India would be able to deal with this new variant. “We have learnt a lot [over the past months], we have augmented our infrastructure,'' he said, elaborating that all suspected samples were being sent for genomic sequencing and that states were given an advisory on being on the alert with regard to the new variant.

First reported from South Africa, the Omicron variant is believed to escape the vaccine barrier, and is also believed to be extremely transmissible—several times more than the Delta variant. No death connected with this variant has been reported from anywhere in the world, yet.

Meanwhile, the Centre reviewed public health preparedness with states and health secretary Rajesh Bhushan issued an advisory to states and union territories to strictly follow the 'test, track, treat, vaccinate' mantra. The Omicron variant does not escape the RT-PCR and RAT, Balram Bhargava, director general Indian Council for Medical Research said. The advisory asks states to stock up on testing kits. They have also been told to monitor hotspots, or clusters where recent COVID-19 cases have emerged and to send all positive samples for genome sequencing to designated laboratories. States have been told to have effective and regular monitoring of home isolation cases with physical visits to homes of passengers coming from 'at risk' countries. The status of those who are negative after the test on Day 8, too, should be physically monitored by the state health authorities. They have also been told to coordinate with airport health organisations and the Air Suvidha portal for details of all travellers, for strengthening surveillance.

To ensure that states are prepared for any influx of cases, they have been told to review the existing health infrastructure—hospital and ICU beds, oxygen cylinders, and to ensure a seamless supply, even in rural areas.

Vinod Paul, NITI Aayog member said that the Har Ghar Dastak campaign for door-to-door vaccination is being extended to December 31, with a target to ensure 100 per cent coverage in the eligible population of at least one shot of the vaccine. “Maintaining Covid appropriate behaviour and avoiding mass gatherings are important,'' he said.