Crime statistics in UP are scary, says Priyanka 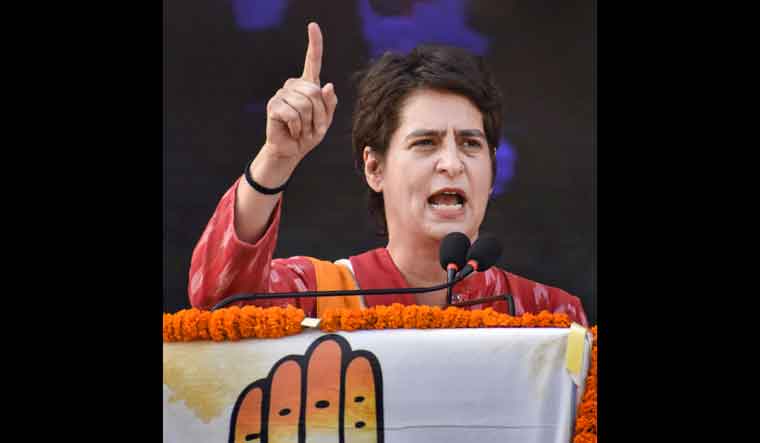 Congress general secretary Priyanka Gandhi Vadra on Tuesday hit out at the Uttar Pradesh government over the law and order situation, saying the BJP may paint a rosy picture but the factual crime statistics in the state are "scary".

Her attack on the Yogi Adityanath dispensation came over a media report which claimed that there had been seven murders in seven days in Gorakhpur district.

"BJP ki door been ke dhol suhavne hain, lekin asliyat mein UP mein apradh ke aankde daravne hain (BJP may be painting a rosy picture but in reality, the crime statistics in UP are scary)," Priyanka Gandhi said in a tweet in Hindi.

"Law and order in the chief minister's area stand surrendered to criminals, you can well imagine the condition in the rest of the state," the Congress leader said.

The Congress has been attacking the state government over the issue of law and order, alleging that criminal activities are rampant, a claim denied by the Yogi Adityanath dispensation.