Bommai urged the people not to panic about Omicron 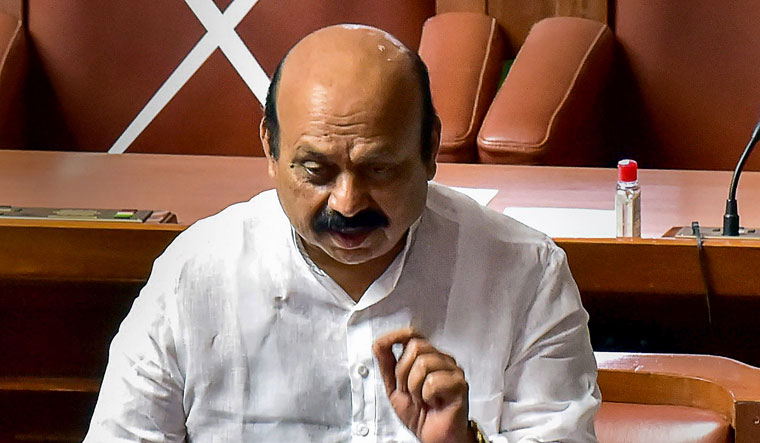 Karnataka Chief Minister Basavaraj Bommai on Monday dismissed fears in some quarters over any possible lockdown amid COVID-19 cases in some educational institutions and the detection of the Omicron, a variant of COVID virus in some parts of the world.

Allaying the apprehensions, he made it clear that there was no proposal to impose lockdown in the State.

"We have instructed adherence to strict precautions at schools and colleges, but not to close them. There is no proposal to impose the lockdown," he said.

The Chief Minister urged the people not to panic about Omicron, and asked them to strictly follow COVID-19 guidelines.

He said those arriving from the countries where Omicron variant was found are being screened at the airports and that they would be allowed into the cities only if they test negative.

Bommai said a negative report has been made mandatory for students from Kerala who are studying in Karnataka and a second test is being done on them on the seventh day of the first negative report.

The State government is in constant consultation with experts and the Union government, and precautions are being taken according to their guidelines, he said.

Replying to a question about a person who arrived from South Africa found to be having different symptoms of the pandemic, Bommai said, "The test report of the person has been sent for genome sequencing. Exact variant of the virus would be known from the genome sequencing report."

Regarding the booster dose for health workers, Bommai said his government is awaiting the instructions from the Centre in that regard.

"Our concern is that it is already over six months since the health workers received two doses of the vaccine. We will act according to directions from the Centre," Bommai said.