J&K statehood will be restored after selective killings end: BJP 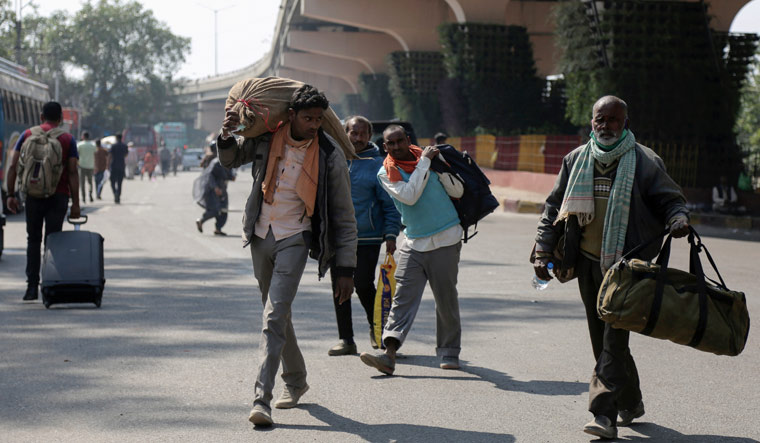 National Conference vice-president Omar Abdullah on Monday said target killings reflect "collective failure" of the Union Government and Jammu and Kashmir administration as the local unit of BJP promised restoration of the statehood to J&K once the selective killings end.

On August 5, 2019, the Centre abrogated Article 370 of the Constitution granting special status to J&K and bifurcated the erstwhile state into two Union Territories of J&K and Ladakh.

J&K BJP general Secretary (Organisation) Ashok Koul told reporters in north Kashmir's Bandipora district that statehood to Jammu and Kashmir will be restored once the selective killings end and the common people are able to move freely here.

Kaul said the BJP is concerned over the selective killings in Kashmir as its activists were targeted.

He said Prime Minister Narendra Modi and Home minister Amit Shah have on the floor of the Parliament said that the statehood of J&K will be restored and the BJP also supports the demand.

"When the situation in J&K becomes better, when it (situation) will be normal, the selective killings will end, and common people will be able to move freely, the statehood will then be restored," he said.

Reacting to the statement of the BJP leader, Abdullah said, so the people of J&K will be punished, by having our statehood withheld, because of the collective failure of the Union Government & the J&K administration?

They fail to protect people, they fail to manage the security situation & the rest of us are punished. What an idea sir ji!," Abdullah wrote on Twitter.

To a question on the conduct of the assembly elections, BJP leader Koul said the polls will be held soon after the delimitation commission submits its report.

"The delimitation commission has a time till March 6 (next year). When the commission submits its report under which 90 seats will be delimited, the elections will be followed soon after, he said.