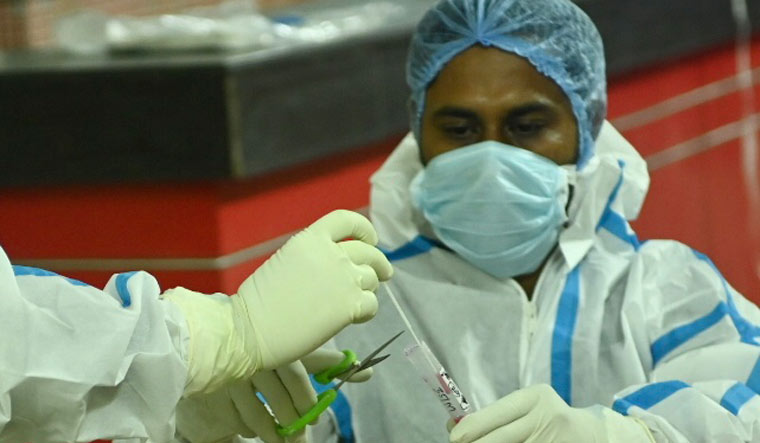 On Saturday, the news that two South African nationals in Bengaluru were found to be infected with COVID-19 had triggered panic, given fears of the new Omicron variant.

However, on Sunday, the Karnataka government confirmed that the two patients were infected with the Delta variant and not Omicron.

Deputy Commissioner of Bengaluru Rural District K. Srinavas told The Indian Express, “Two South African nationals who arrived to Bengaluru on 11 and 20 November, respectively, were tested positive for COVID-19 and were traced living in Bengaluru. They have been isolated and are under treatment. We have found them to have the Delta variant.”

The news of the two South African nationals testing positive had led to the Karnataka government tightening COVID-19 screening. Chief Minister Basavaraj Bommai announced international passengers arriving at airports in Karnataka would screened. Passengers arriving from South Africa, Botswana and Hong Kong will need to undergo mandatory RT-PCR tests. In addition, RT-PCR reports would be mandatory for those arriving from Kerala and Maharashtra.

The Karnataka government has also decided to “impose a temporary ban on cultural programmes in schools and colleges, make second doses of vaccination compulsory for those working in government offices, malls, hotels, cinema halls, zoos, swimming pools and libraries”, The Indian Express reported.