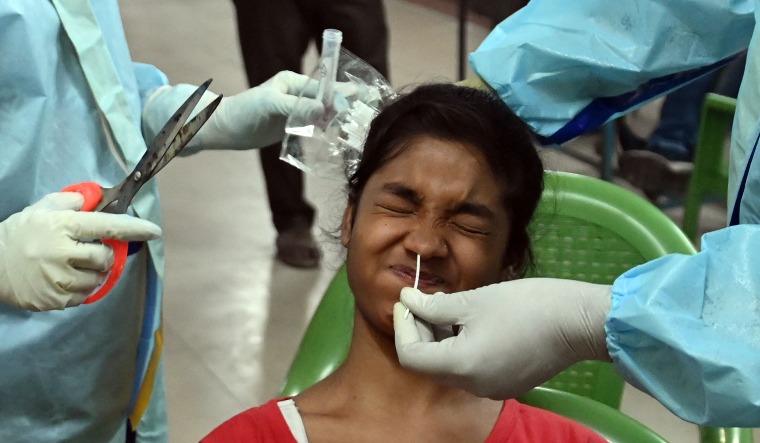 Union health secretary Rajesh Bhushan has written to state governments asking them to step up containment and surveillance measures for COVID after the emergence of the Omicron variant, first detected in South Africa.

The health ministry was quoted by NDTV as saying “It is imperative that intensive containment, active surveillance, increased coverage of vaccination and COVID-appropriate behaviour be enforced in a very proactive measure to effectively manage this variant of concern. Ample testing infrastructure need to be operationalised to tackle any surge due to this mutated virus. It has been observed that the overall testing as well as the proportion of RT-PCR tests have declined in some states. In the absence of sufficient testing, it is extremely difficult to determine the true level of infection spread.”

The health ministry noted that countries where Omicron had been detected had been labelled as 'high risk', warranting follow-up surveillance of international travellers.

“lt is essential that the disease surveillance network in the country is geared up for rigorous follow-up of all international travellers from all countries especially countries designated as 'at risk',” Hindustan Times quoted the health ministry as saying.

The Times of India reported on Sunday that COVID testing measures had been tightened at Delhi Airport. "Arrivals from three Omicron hotspots—South Africa, Zimbabwe and Hong Kong—will be required to wait at the airport for their test report and only those found negative will be allowed to leave, say sources. Those testing positive will be sent to designated COVID centres. Arrivals from other at-risk countries will be allowed to leave after their sample and the result will be conveyed to them electronically...,” The Times of India said.

In a letter to Modi, Kejriwal noted “We should do everything possible to prevent the new variant of concern, recently recognised by the WHO, from entering India... I urge you to stop flights from these regions with immediate effect. Any delay in this regard may prove harmful, if any affected person enters India.”