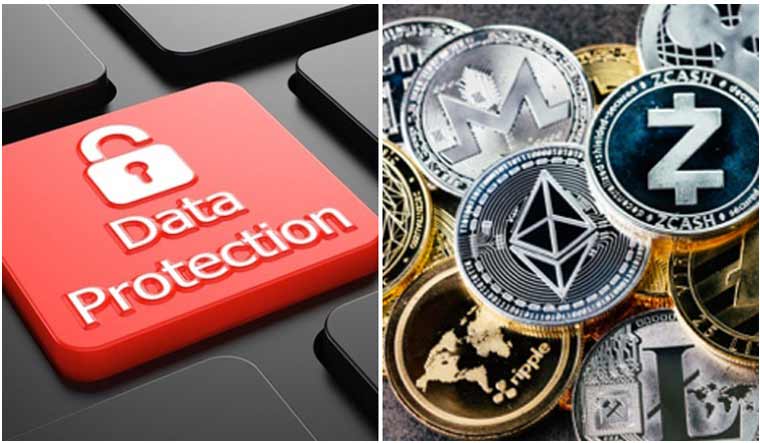 Two bills that are listed for discussion this winter session of Parliament would drastically disrupt the Indian digital landscape.

The first version of this already much discussed, and deliberated bill, was created as early as 2018, by the Justice B.N. Srikrishna-led committee. This was constituted in 2017, after the Supreme Court verdict declared privacy a fundamental right. The Union cabinet approved that bill in 2019. Post discussions in Parliament, it was referred to a Joint Parliamentary Committee (JPC) for scrutinising and ironing out the modalities of implementation.

After over two years, the JPC finalised the report, and the updated draft version titled ‘Data Protection Bill 2021’ would again be tabled this upcoming session. In its current format, this law would supersede all existing laws that operate in its scope of jurisdiction, including the IT and Telegraph acts. It proposes the formation of a Data Protection Authority (DPA) that would regulate the handling of citizen data by any Indian organisation.

The bill calls for protocols to be followed by any organisation that works with data. They are required to place a senior management level Data Protection Officer who would be in charge of their organisation’s compliance with the laws. The ambit of the legislation has also been extended to non-personal data. It was just limited to personal data in the earlier format. There will be norms to be followed, whenever data is collected, stored, transferred, or even breached. Even the algorithms that analyse data would be under scrutiny if the need arises. Some of the recommendations would lead to increased data localisation.

These are undeniably steps in the right direction, in a world where data is evolving as the key raw material, as well as the core engine that runs the digital economy.

Social media platforms would also lose their intermediary status, and be classified as publishers. Many of their actions in recent times, including those that came into light owing to fresh Facebook whistleblower revelations, justify regulations that would ensure that they would in future act within national institutional frameworks.

The draft bill also has some highly contentious parts, which prompted few of the Members of Parliament in the JPC, including Congress’s Jairam Ramesh, Manish Tewari and Gaurav Gogoi, to file strong dissent notes. Government agencies would be exempt from the purview of the proposed legislature. This would provide yet more avenues of government overreach, unless relevant clauses are added, for supervising handling of data by the public sector. Legalities in surveillance would also have to be well defined. Else, citizen privacy and civil liberties would become mere afterthoughts, when all data flow would be controlled and monitored by the state.

The Cryptocurrency and Regulation of Official Digital Currency Bill, 2021

Also listed is a bill that insinuates the introduction of a new central bank-backed official digital currency. The proposed legislature also mentions the ban of all private cryptocurrencies, while making allocations for certain exceptions to promote the underlying technology of cryptocurrency and its uses. Government is still tight-lipped about the content of the draft.

Central banks and law enforcement agencies across the world have always been wary of this modern-day digital phenomenon. RBI Governor Shaktikanta Das echoed this in recent days, when he said that cryptocurrencies could adversely impact monetary policy, and would upset currency and fiscal stability. This unconstructiveness is justifiable to a large extent.

Recent weeks saw multiple large cryptocurrency exchanges, all lacking legal sanctity, broadcast a plethora of advertisements across mediums. Their efforts did make an impact, as the number of cryptocurrency purchasers burgeoned during these times. Some among them were even underage. The volatility of these digital instruments led to a few short-term, credulous investors experience steep losses. Amidst the excitement, many ignorant investors were duped by ‘get rich quick’ scams. Sadly, the lack of a regulatory framework meant that none of these victims even had a channel for filing their grievances.

These digital instruments, beyond the ambit of taxation, could be used as an avenue to transfer unaccounted, and anonymous amounts across geographical borders. These could be used to support any anti-social or anti-national activity, including money laundering and terrorism.

Despite cryptocurrencies associated with the aforementioned gravest of dangers, democracies across the globe, including the United States, Japan, Singapore, and the European Union have never resorted to a ban. However, they are all still experimenting with various recipes of regulations. This is because of the promise and potential of the BlockChain technology underlying these digital instruments. This revolutionary technology could decentralise, and democratise our digital realm, create trillions of additional value, all the while making the resultant digital economy more redistributive and fairer. However, it is impossible to build BlockChain networks, without distributing Coins and Tokens to its participating developers and entrepreneurs.

India would do well to study some of the legislations enacted in other global innovation hubs, and create a viable regulatory framework, without creating an environment that would stifle the rapidly growing BlockChain ecosystem. Former Reserve Bank Governor D. Subbarao recommended categorising these instruments as assets. He also suggested the banning of these instruments as legal tender.

China, meanwhile, has banned all private cryptocurrency activities within its boundaries. It is also the first major power to launch its own central bank-backed digital currency, the digital yuan. Their restricted digital currency architecture could some day allow each and every digital transaction to be tracked, and stored as tamper proof ledgers. These instruments could also allow our next-door neighbour to bypass the SWIFT payment system, and transact with countries facing American sanctions, without impediments.

The Chinese authorities are also heavily cracking down on its internal consumer tech sector, and are creating mechanisms that ease the collectivisation of their citizen data. These databases when integrated with their already existing social credit systems would transfigure into an ironclad tool of societal control.

Prime Minister Narendra Modi, while addressing a recent summit on emerging technologies, had given a clarion call to all participating nations to use technology to build a world that ‘reflects democratic ideals and vision’. He also warned the gathering on the dangers of weaponisation of technology and data. Meanwhile, his administration has drafted bills that would lead to further suppression of the functioning and innovativeness of our private tech sector. They would also accelerate the centralisation of citizen registries, and enhance the government’s surveillance and monitoring capability. As India strives to reap benefits of unlocking the potential of next generation technologies, it is caustically following a course similar to that of the Middle Kingdom, by expunging two of the most liberating characteristics of these innovations - decentralisation, and democratisation.