Uttar Pradesh to become the only state in India with five airports: PMO

In a statement, the Prime Minister's Office (PMO) said that Uttar Pradesh is poised 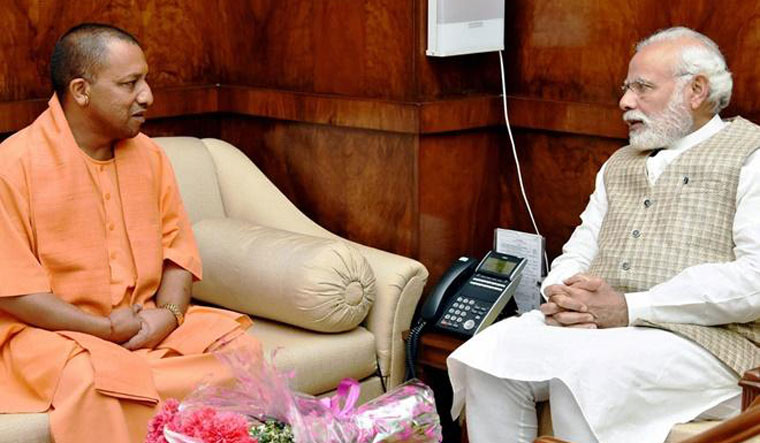 In a statement, the Prime Minister's Office (PMO) said that Uttar Pradesh is poised to become the only state in India with five international airports; Prime Minister Narendra Modi will lay the foundation stone of the Noida International Airport (NIA) in Jewar, Gautam Buddha Nagar,  today.

The state, at present, has eight operational airports, while 13 airports and seven airstrips are being developed.

"With the ground breaking and foundation laying ceremony of the Noida International Airport scheduled on November 25, the state is now on its way to have five international airports—the highest for any state in India," the BJP-led state government said in a statement.

Uttar Pradesh had only two international airports—Lucknow and Varanasi—till 2012. The third international airport at Kushinagar became operational after it was inaugurated by Modi on October 20, while work on the airport in Ayodhya is on in full swing and air services are expected to start early next year, it said.

"The unique distinction of Uttar Pradesh in providing unmatched air connectivity in the country is in keeping with the government's commitment to ensure uninterrupted multi-modal connectivity on land, railways, water and air. The Prime Minister's Gati Shakti National Master Plan has infused a sense of urgency into the plans for infrastructure development in the state," the state statement said.

The Plan is essentially a digital platform to bring 16 ministries, including railways and roadways, together for integrated planning and coordinated implementation of infrastructure connectivity projects.