UP: Draupadi pick up arms, says Priyanka Gandhi to women

'Any challenge in the world; it is a woman who bears its first burden' 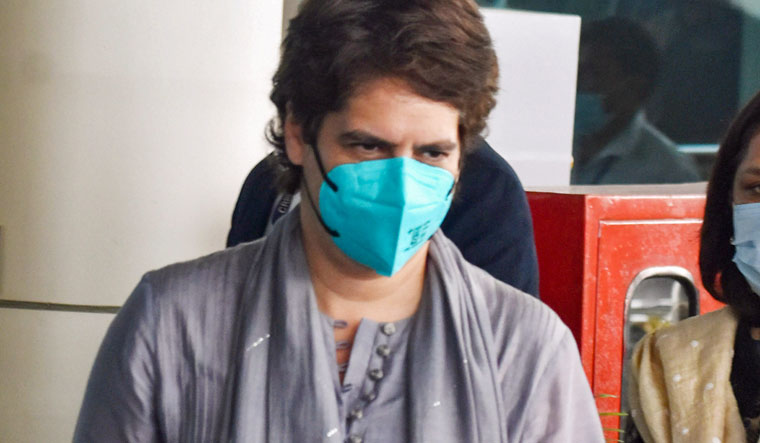 Priyanka Gandhi Vadra took her “Ladki hoon, Lad sakti hoon” (I am a girl I can fight) dialogue to Chitrakoot today.

She took a swipe at the government’s ambitious Har Ghar Nal project saying that the women had told her how difficult it was to get water and that 10 families had to depend on one tap.

She also took on Prime Minister Narendra Modi’s visit to the area saying that buses would be full of people from here to greet him. “There was no one to greet the migrants who returned home, But for Modiji these buses are standing”, she said.

She played the woman card unabashedly.

“Any challenge in the world; it is a woman who bears its first burden”, she said.

“It is possible for a woman to fight only if she discovers her shakti (power). And so I say 40 per cent of women should fight elections. Till women do not enter politics they will not be able to talk of their rights”, Vadra said. Women in politics would understand women’s problems better and make better policies she said.

“If 40 per cent of women fight and win there will be a big change in politics and society. Women will become capable”, she said.

Vadra also said that her party’s determination to give 40 per cent tickets to women would bring about a sea change in politics as all political parties will be forced to make a similar change.

She spoke of an encounter with an ASHA worker who said she had been hit while asking for her honorarium to be increased. “Till there are women in the Vidhan Sabha, there is no one to understand the pain of a woman”, she said.

“Till half the population does not have half the representation women will not be empowered”, she said quoting from the Mahabharata- extolling Draupadi to pick up arms as Krishna was not coming to save her.