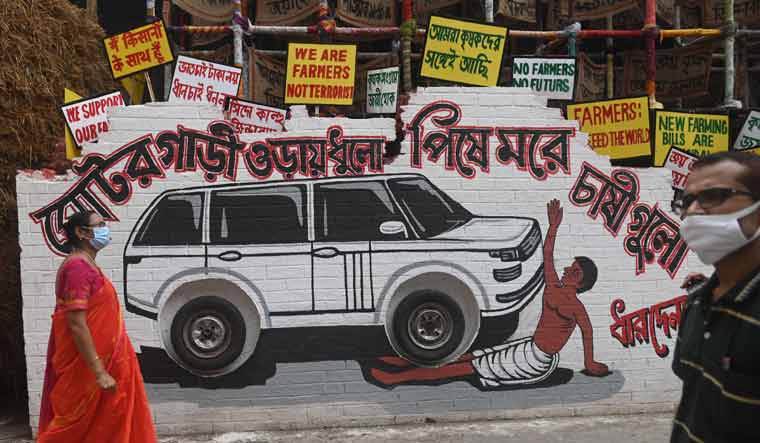 The Supreme Court on Wednesday announced it had appointed Rakesh Kumar Jain, a former justice of the Punjab and Haryana High Court, to monitor the probe into the Lakhimpur Kheri violence.

Eight people, including four farmers, were killed in violence after a farmers' protest in Lakhimpur Kheri on October 3. Thirteen people, including the son of Union Minister Ajay Mishra, have been arrested in connection with the case. Ashish Mishra, son of Ajay Mishra, was accused of running over farmers after the protest, which precipitated the violence.

In addition to appointing Jain, the Supreme Court also appointed three senior IPS officers, including one woman, to the special investigation team probing the case.

During earlier hearings in the matter, the three justice bench led by Chief Justice N.V. Ramana had expressed dissatisfaction with the probe into the case by the special investigation team. During the hearing on Monday, the Supreme Court directed Uttar Pradesh to 'upgrade' the SIT by including senior officials.

The Supreme Court announced it would next hear the matter after the SIT conducted its probe and filed its report.