C.R. Patil said only food carts that disrupt traffic are being removed 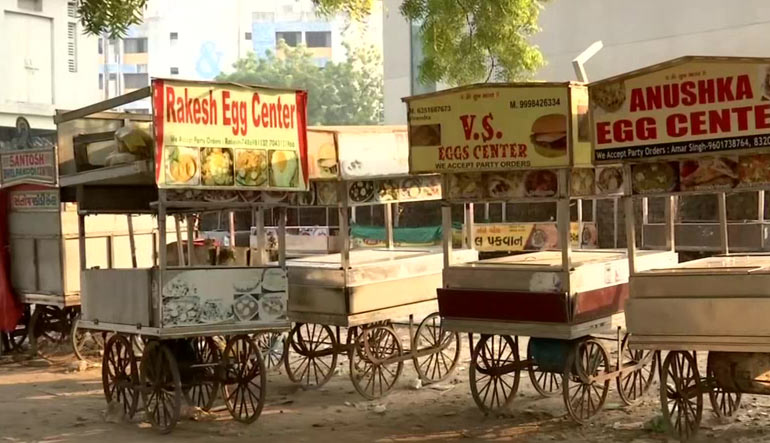 After threats of an agitation by over 17 lakh street vendors, and protest at the local level by the opposition Congress, Gujarat BJP president C.R. Patil, on Tuesday, clarified that only food carts, which come in the way of smooth flow of traffic in different cities are being removed.

At the party’s state headquarters in Kamalam in Gandhinagar, Patil claimed that the action by few municipal corporations had nothing to do with non-vegetarian or vegetarian food.

Though there was no official order in writing, five out of the eight municipal corporations in Gujarat had started taking action against those preparing and/or selling non-vegetarian food and eggs on the road side.

This is for the second time that Patil sought to to issue a clarification on the issue.

On Monday, Chief Minister Bhupendra Patel had also said only those food carts that cause traffic problems would be removed.

The state BJP chief said nobody can stop people from eating vegetarian or non-vegetarian food, and clarified that the BJP won’t think about taking action against non-vegetarian food joints. When pointed out that several carts were removed in different municipal corporations, Patil said these would have been obstructing the traffic flow.

He asserted that they have not told anyone to remove these joints. The state BJP chief also went on to mention that the representatives of the elected bodies have been conveyed the decision.

He said ministers have been asked to refrain from giving statements on the issue.