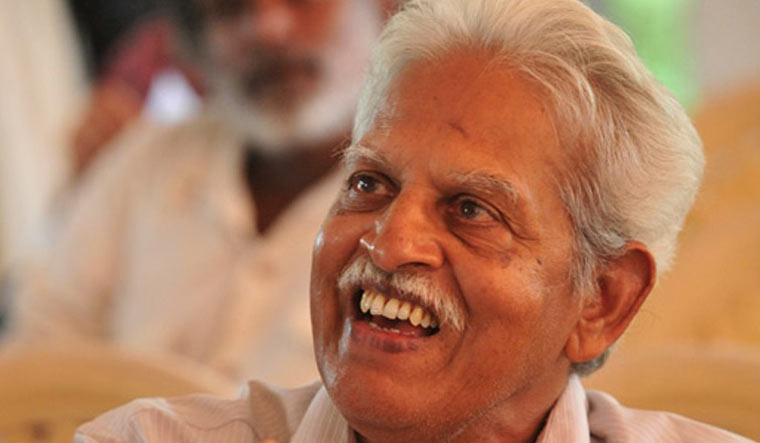 A court in Madhugiri in Tumakuru district, Karnataka, has issued a non-bailable warrant (NBW) against activist and revolutionary poet Varavara Rao. He is out on bail on medical grounds in a different case with a condition not to move out of Mumbai, his lawyer said.

"It's a case pertaining to an attack on policemen in Tumakuru in 2005 in which Varavara Rao and Gaddar (another activist-poet) are among the accused," advocate S Balan told PTI.

He said he would move the High Court on Monday challenging the NBW issued by the Additional Sessions Court at the taluk headquarters town of Madhugiri.

The case in which Rao has been made an accused is related to an attack by the Naxalites on a police team killing six of them and a civilian at Venkatammanahalli in Pavagada Taluk in Tumakuru district on February 10, 2005.