'It seems he has killed the 'secular Amarinder' within him': Harish Rawat

If Amarinder Singh wants to eat crow and go with the BJP, he can, Rawat said 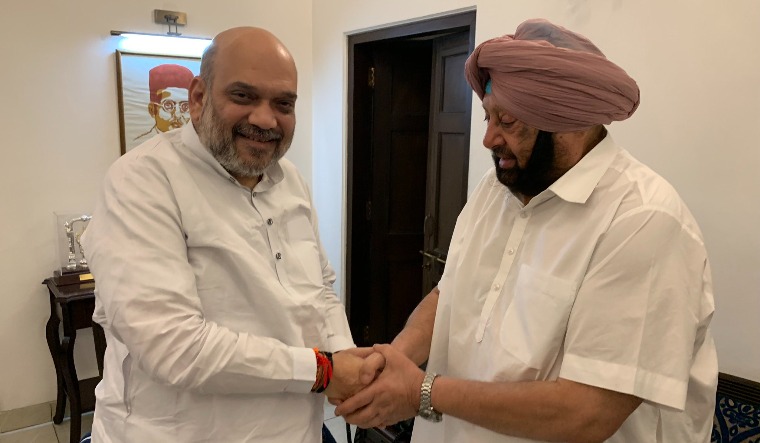 Reacting to former Congress leader Captain Amarinder Singh's decision to launch a political party and enter into a possible seat sharing arrangement with the BJP, Punjab Congress in-charge Harish Rawat said nobody can stop the former Punjab chief minister "if he can't stay with his old commitment to secularism."

"If he wants to eat crow and go with the BJP, he can. Who can stop him if he can't stay with his old commitment to secularism? He was considered a symbol of 'Sarvdharm Sambhav' and was connected to Congress' traditions for long. If he wants to go, he should," Rawat was quoted as saying according to news agency ANI.

Amarinder Singh had resigned as the chief minister of Punjab last month after a bitter feud with Congress leader Navjot Singh Sidhu and infighting in the state unit of the party. On Tuesday, he had said he would launch his own political party "to serve the interests of Punjab and its people, including our farmers."

Dubbing the former Punjab CM's decision to join hands with the BJP "really shocking," the Congress leader said, "It seems he has killed the 'secular Amarinder' within him."

"Who can forgive BJP that has kept farmers at the borders for 10 months? Can Punjab forgive them for the manner in which farmers' agitation has been dealt with? His statement is really shocking."

Further, Rawat said Amarinder Singh launching a political outfit will not affect the prospects of the Congress in the upcoming Punjab assembly polls. "Congress will not suffer any loss, this will actually divide the votes of our rivals. Congress will not be affected. Our votes will depend on performance of (Charanjit Singh) Channi government. The way Channi has started, it has created a good impression before Punjab and the entire nation," he said.