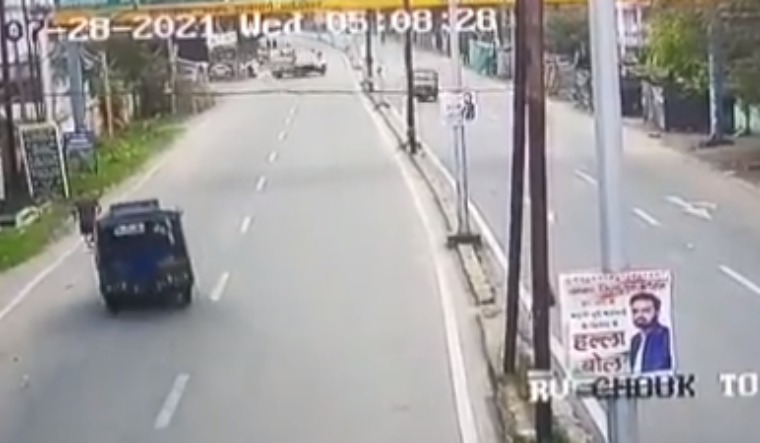 The CBI on Wednesday filed a chargesheet against two accused in the alleged murder of Dhanbad Judge Uttam Anand, who was mowed down by an auto-rickshaw on July 28, officials said.

The Central Bureau of Investigation (CBI) filed it before a special court against auto-rickshaw driver Lakhan Verma and his accomplice Rahul Verma under Indian Penal Code sections related to murder (302) and destruction of evidence (201) besides common intention (34), they said.

The central agency has kept the probe open in the case, the officials said.

Lakhan Verma and Rahul Verma are both in judicial custody, they said, adding that their narco-analysis has been conducted by the CBI.

The 49-year-old judge was allegedly mowed down by a heavy auto-rickshaw while he was jogging on July 28 morning in Dhanbad.

CCTV camera footage showed that the judge was jogging on one side of a fairly wide road at Randhir Verma Chowk in Dhanbad when the auto-rickshaw veered towards him, hit him from behind and fled the scene, killing him.

The case was handed over to the CBI by the Jharkhand government.

The CBI had dispatched a 20-member team under its ace investigator VK Shukla to probe the case. Shukla was recently awarded by the Union Home Ministry for being among the best investigators.

The agency had taken over two more FIRs related to theft of mobile phones and the auto-rickshaw used in the crime from the Jharkhand Police in order to unravel the alleged conspiracy behind the killing of the judge, they said.