The death toll from the rains and floods rose to 19 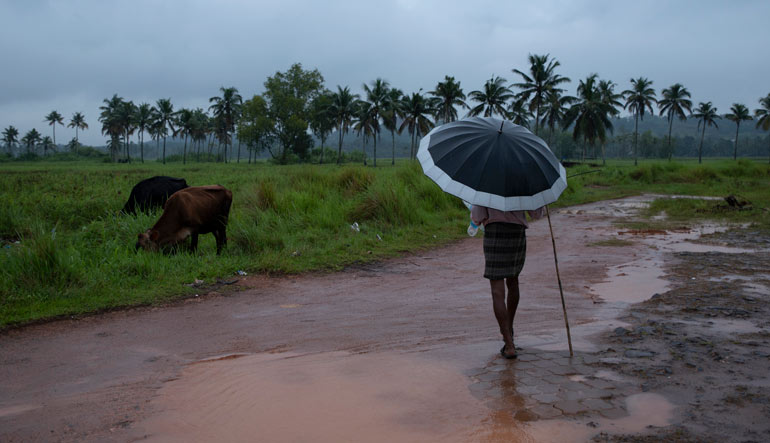 A man holds an umbrella and keeps a watch on his grazing cows on a rainy day in Kochi, Kerala | AP

As the death toll from disastrous flooding caused by heavy rains and landslides in Kerala rose to 19, Prime Minister Narendra Modi spoke to Kerala Chief Minister Pinarayi Vijayan and discussed the situation in the state.

Taking to Twitter, the prime minister also said he is praying for the safety of everyone.

"Spoke to Kerala CM Shri @vijayanpinarayi and discussed the situation in the wake of heavy rains and landslides in Kerala. Authorities are working on the ground to assist the injured and affected. I pray for everyone’s safety and well-being," Modi said in a tweet.

"It is saddening that some people have lost their lives due to heavy rains and landslides in Kerala. Condolences to the bereaved families," the PM further said.

Union Home Minister Amit Shah had earlier said the Centre will provide all possible assistance to the people of Kerala who have been affected by heavy rains and floods.

"The Central govt will provide all possible support to help people in need. NDRF teams have already been sent to assist the rescue operations. Praying for everyone's safety," Shah said, in a tweet, adding that the government was "continuously monitoring the situation in parts of Kerala in the wake of heavy rainfall and flooding."

The National Disaster Response Force (NDRF) has deployed 11 teams for search, rescue and relief operations in the state.