Police will take the arms for a forensic test 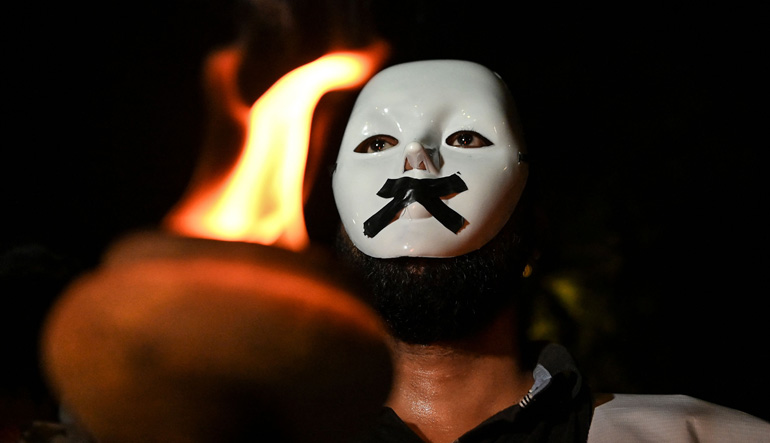 The special investigation team (SIT) probing the Lakhimpur Kheri violence on Friday brought two accused persons, Ankit Das and Latif alias Kale, to a flat in Hussainganj area of Lucknow and recovered a revolver and a gun from there, police sources said.

They said the Hussainganj flat belongs to Das. The revolver licence holder is Das, while Latif holds the licence of the gun. After the incident on October 3, Das had escaped from the spot and hid the weapons in his apartment.

Police will take the arms for a forensic test, so that it could be known whether it was used during the violence.

Sources also said after the violence in Tikonia village on October 3, Das fled from there and hid himself in a hotel in Lucknow.

After recovering the weapons from the flat, police reached the hotel located on Lohia Path, and took the CCTV footage.

The SIT probing the Lakhimpur Kheri violence on Thursday took Union minister Ajay Mishra's son and three others arrested in the case to recreate the sequence of events leading to the incident in Tikonia village.

Amid tight security, the three accused were taken to the site of the incident on the Tikonia-Banbirpur road, around 60km from district headquarters of Lakhimpur, police said.

Eight people died in the violence and of them, four were farmers, allegedly knocked down by a vehicle carrying BJP workers.

Farmers claimed that Union minister Ajay Mishra's son Ashish Mishra was in one of the vehicles, an allegation denied by both father and son saying they can produce evidence to prove he was at an event at that time.

Ashish Mishra was arrested in the case on October 9 after 12 hours of questioning, and a court has accepted his police custody from October 12 to October 15.

On October 7, Ashish Pandey and Lavkush Rana were also arrested in connection with the incident.