"Enquiry officer has been appointed in major misconduct disciplinary enquiry" 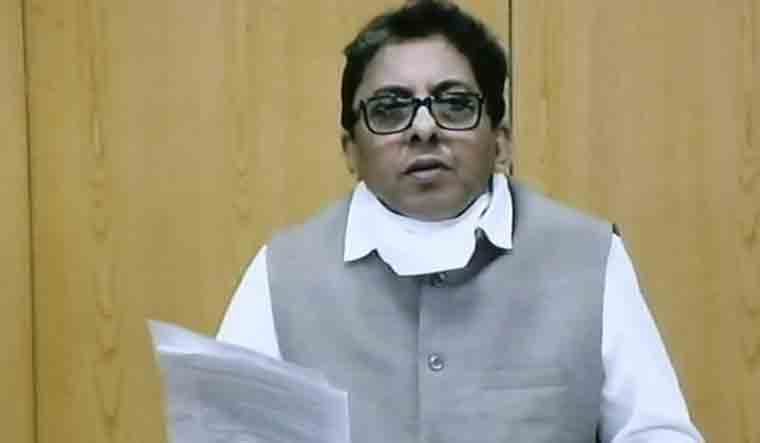 West Bengal assembly Leader of Opposition Suvendu Adhikari stated that the Centre has appointed an enquiry officer to probe 'violation of duty' charges against former chief secretary Alapan Bandyopadhyay, a close aide to Chief Minister Mamata Banerjee. A show-cause notice had earlier been issued to Bandyopadhyay, asking him to respond to charges that he skipped a cyclone review meeting with Prime Minister Narendra Modi at Kalaikunda on May 28. Bandyopadhyay, then chief secretary, had instead left with Mamata to attend a review meeting in Digha.

Adhikari stated that no one is above the law. "Enquiry officer has been appointed in major misconduct disciplinary enquiry against former CS Alapan Bandopadhyay @IASassociation," the Nandigram MLA posted on Twitter.

All officials @MamataOfficial must always remember:

“Be you ever so high, the law is always above you!”

The Telegraph reported sources close to Bandyopadhyay as stating that the former chief secretary had the liberty to move the central administrative tribunal against the order issued by the department of personnel and training (DoPT), and that a decision will be taken soon.

Bandyopadhyay has been in the eye of the West Bengal political storm since May. The 1987-batch IAS officer of West Bengal cadre was set to retire on May 31, but the state had sought and received permission to extend his tenure as chief secretary by three months as he was heading West Bengal's efforts to combat a second wave of the COVID-19 pandemic. He was, however, sent a directive to report to North Bloc in Delhi by the Centre, shortly after the row broke out over PM Modi's post-cyclone review meeting with Banerjee on May 28. The bureaucrat, instead of reporting to Delhi, chose to retire amid the Centre-state tussle. He was subsequently appointed as the CM's chief advisor.