Rana and Slathia joined the BJP at its headquarters in Delhi 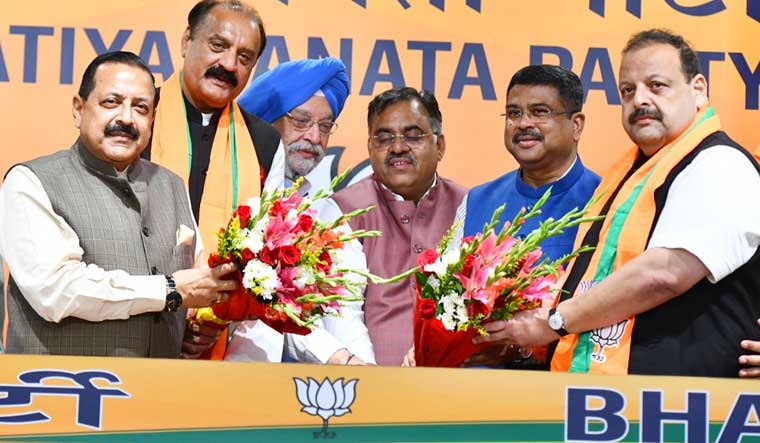 A day after resigning from the National Conference, Devender Rana, the former head of its Jammu division, along with another party leader, Surjit Singh Slathia, joined the BJP on Monday.

Rana and Slathia joined the BJP at its headquarters in Delhi in the presence of Union ministers Dharmendra Pradhan, Hardeep Singh Puri and Jitendra Singh.

Rana, who is a former MLA and the younger brother of Union Minister Jitendra Singh, has also served as a political adviser to former Jammu and Kashmir chief minister and National Conference (NC) leader Omar Abdullah.

Rana has been advocating for the Jammu declaration—a joint declaration of several political, social and business organisations primarily demanding restoration of statehood for the Jammu region and not for the whole Jammu and Kashmir.