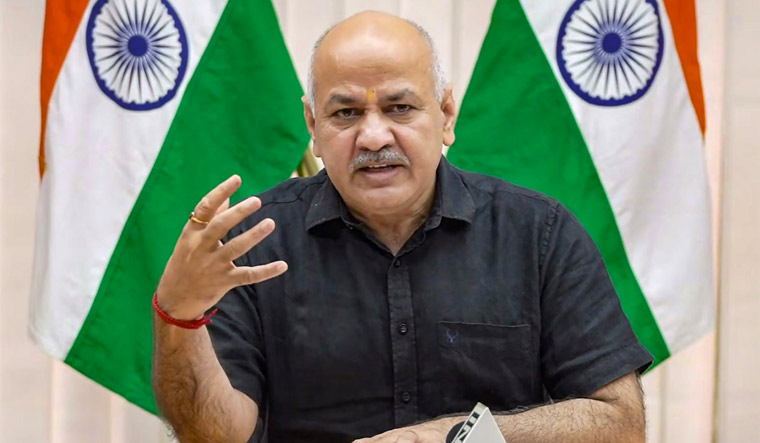 Delhi's Deputy Chief Minister Manish Sisodia on Sunday alleged that the Centre is not ready to accept that there is a coal crisis and its policy to "turn a blind eye" to every problem could prove fatal for the country.

His remarks came after the coal ministry asserted that sufficient dry fuel is available in the country to meet the demand of electricity generating plants and dismissed as "entirely misplaced" any fear of disruption in power supply.

“Union Power Minister R K Singh today (Sunday) said there isn''t any coal crisis and that Chief Minister Arvind Kejriwal should not have written a letter to the prime minister on the issue. It is sad that a Union cabinet minister has adopted such irresponsible approach,” Sisodia said at a press conference here.

The Aam Aadmi Party (AAP) leader said that it clearly showed that the central government is making excuses to "run away" from the crisis and compared the present situation with the oxygen crisis during the second wave of the coronavirus pandemic in April-May this year.

“They had done the same thing when the country grappled under an oxygen shortage. They would not even accept that there is a problem. They try to prove states wrong instead,”  Sisodia alleged.

The Deputy CM said that the Centre''s "habit of turning a blind eye" to every crisis can prove fatal for the country.

“The coal crisis can lead to a power crisis which could shut the entire system of the country. It can adversely impact industries,” Sisodia said.

He requested the central government to realise the gravity of the situation and make efforts to solve the crisis.

“With folded hands, I request the central government that please acknowledge this crisis. The Centre should show behaviour of cooperation and solve the coal crisis,” he said

In recent days, some other states have also taken up the issue of coal supply with the Centre.

Coal Minister Pralhad Joshi, however, tweeted on Sunday: "Reviewed coal production & supply situation in the country. Assuring everyone that there is absolutely no threat of disruption in power supply. There is sufficient coal stock of 43 million tonnes with @CoalIndiaHQ equivalent to 24 days coal demand."

The coal stock at power plants'' end is about 72 lakh tonnes, sufficient for four days requirement, and that the Coal India Ltd (CIL) end is more than 400 lakh tonnes, which is being supplied to power plants, the coal ministry said in a statement.

"The ministry of coal reassures that ample coal is available in the country to meet the demand of power plants. Any fear of disruption in the power supply is entirely misplaced," it said.

The domestic coal-based power generation has grown by nearly 24 percent this year (till September) based on a robust supply from the coal companies.

The daily average coal requirement at the power plants is about 18.5 lakh tonnes of coal per day whereas the daily coal supply has been around 17.5 lakh tonnes per day.

"Due to extended monsoons, the despatches were constrained. The coal available at the power plants is a rolling stock which gets replenished by the supplies from the coal companies on a daily basis. Therefore, any fear of coal stocks depleting at the power plant end is erroneous," it said.