Who is former justice named by Yogi govt to probe Lakhimpur Kheri violence? 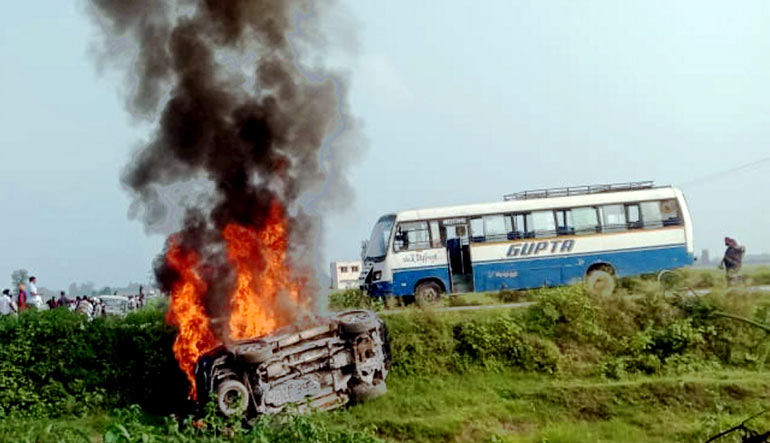 (File) A vehicle set ablaze after violence broke out after farmers agitating were allegedly run over by a vehicle in the convoy of a union minister, in Lakhimpur Kheri of Uttar Pradesh | PTI

As the furore over the violence in Lakhimpur Kheri has continued, the Yogi Adityanath government on Thursday sought to engage in damage control by appointing a one-man judicial commission.

With his headquarters in Lakhimpur Kheri, the Srivastava Commission has been given two months' time to complete the probe.

Who is justice Srivastava?

According to the website of the Allahabad High Court, Srivastava, who is 62, earned a graduate degree in law in 1980 and completed his post-graduation in 1986.

He was appointed a civil judge in 1986 and promoted to the higher judiciary in 2002. Srivastava was promoted to post of district and sessions court judge in 2015.

Srivastava was appointed to the Allahabad High Court in November 2018 and retired in September.

In September, Srivastava had denied bail to two police officers who allegedly leaked information on a police raid to gangster Vikas Dubey, which led to the deadly Bikru ambush in July 2020.

Giving his order, Srivastava noted the two policemen showed loyalty “more to such gangsters than to their department".