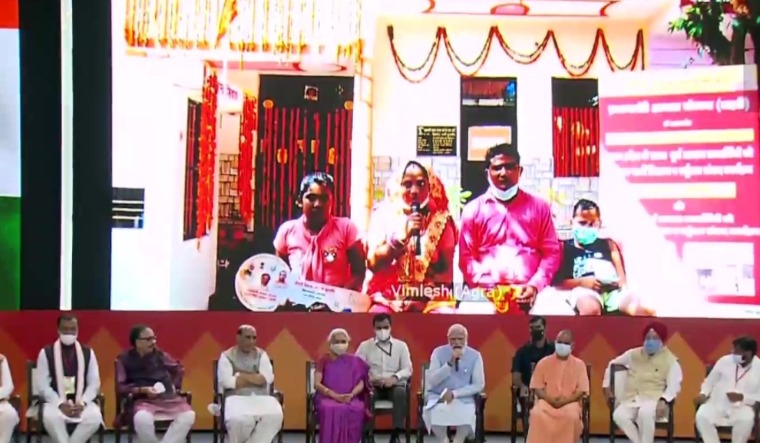 He also inquired about the Ayodhya development masterplan.

Modi digitally handed over keys of PMAY-U houses to the beneficiaries and interacted with them.