With this, the state cabinet reached its allowed strength of 18 ministers 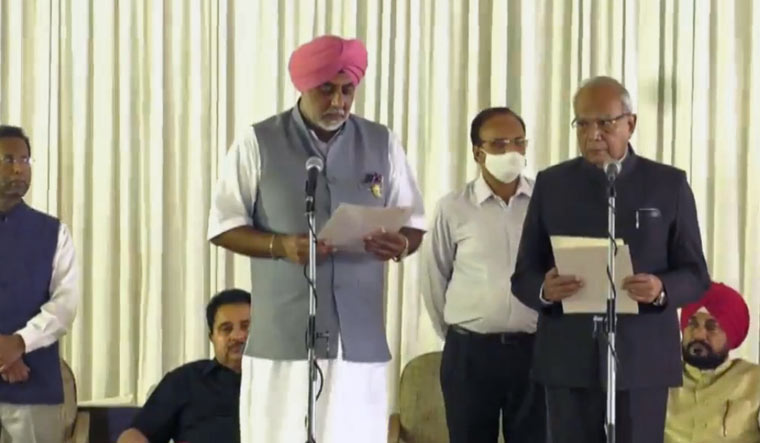 In his first cabinet expansion on Sunday, Punjab Chief Minister Charanjit Singh Channi inducted 15 cabinet ministers, which included seven new entrants, as the Congress gears up to face assembly elections that are barely five months away.

Punjab Governor Banwarilal Purohit administered the oath of office and secrecy to the legislators.

Rana Gurjit Singh has made a comeback to Punjab cabinet after resigning in 2018 from the Amrinder Singh ministry.

Channi's two deputies, Sukhjinder Singh Randhawa and OP Soni, were sworn in on Monday. With this, the state cabinet reached its allowed strength of 18.

Hours before the searing-in ceremony, Balbir Singh Sidhu and Gurpreet Singh Kangar held a joint news conference where they questioned the decision to drop them.

State Congress in-charge Harish Rawat said that those who could not find a place in the ministry will be accommodated in the government set-up and organisation. He said the exercise has been done to bring in young faces and strike a social and regional balance.

Earlier, a section of Congress leaders from the state had written to the party's Punjab unit chief Sidhu against the induction of former minister Rana Gurjit Singh, alleging he was corrupt and tainted". The leaders had also demanded that the cabinet berth may instead be filled up "by giving representation to a clean Dalit leader".