Kerala to come to standstill with LDF-UDF endorsed hartal; BJP terms it ‘anti-people’

However, there would be no blocking of vehicles or forced shutting down of shops 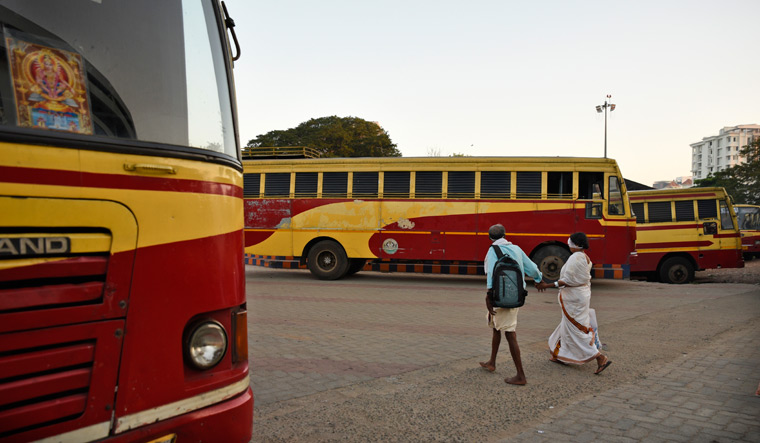 Kerala is expected to come to standstill on September 27, with the ruling LDF government and the Congress-led UDF supporting the nationwide farmers strike, even as the BJP, on Sunday, claimed that the hartal was "anti-people".

INTUC state president R. Chandrasekharan told PTI that since the hartal has the support of both LDF and UDF, the state is expected to come to a standstill on Monday.

He said except RSS affiliated Bharatiya Mazdoor Sangh (BMS), all other trade unions are supporting the strike and therefore, it is expected to be peaceful and there would be no blocking of vehicles or forced shutting down of shops.

BJP state general secretary George Kurian, on the other hand, said it was "something strange" that LDF and UDF which were allegedly responsible for destruction of the farming sector in Kerala were endorsing a hartal in support of farmers in Punjab.

Kurian told PTI that the hartal was "anti-people".

He alleged that food cultivation went down in the state as a result of the LDF and UDF rule here over the years.

Claiming that the new farming laws would also benefit the farmers in Kerala, he said while the trade unions affiliated to BJP are not supporting the hartal, they would not be openly opposing it.

Chandrasekharan also said since public transport would not be operational, the attendance in government offices would be affected.

He also said that BJP and its trade unions' silence on the issue indicates they too are supporting the hartal as if they were opposed to it, they would have said so.

He said the intention behind the strike was to show the support of the people and unions here to the farmers' cause.

Chandrasekharan said just like the farmers, the workers in the southern state were also affected by alleged taking away of laws protecting their interests.

He said in future, both groups would need to move forward with the support of each other.

Kerala's ruling LDF on Thursday had called for a state-wide hartal on September 27 to express solidarity with the farmers protesting the Centre's anti-farm laws.

Talking to reporters, LDF convenor and CPI(M) acting secretary A. Vijayaraghavan had said five lakh people will participate in the protest in the state against the central government's anti-farmer policy.

The protesting farmers have been demanding the repeal of the laws, which they are afraid will do away with the MSP system, leaving them at the mercy of big corporations.