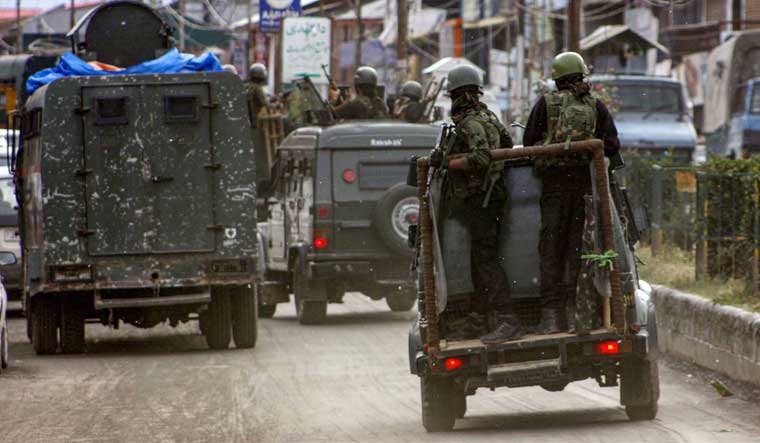 A former terrorist of Hizbul Mujahideen was arrested after a long hunt of 19 years in Kishtwar district of Jammu and Kashmir, police said on Saturday.

Dulla alias “Jameel”, a resident of Arnas village in Reasi, was the third former militant turned absconder arrested by police in Kishtwar in the past 11 days, they said.

A police spokesman said a special police party, on specific information, carried out raids at various suspected locations and arrested Dulla who was presently putting up at Kundwar village in Chatroo area.

Dulla was wanted in a militancy-related case registered against him at police station Chatroo in 2002 but was evading arrest, he said.

He was produced in a local court which sent him to judicial custody, the spokesman added.

Earlier, two former militants turned absconders -- Nazir Ahmad of Budhar-Bonjwah and Abdul Gani alias "Mavia" -- were arrested after a long hunt of 12 years and 19 years on September 15 and 17, respectively.