He said the BJP has always stood with the farmers 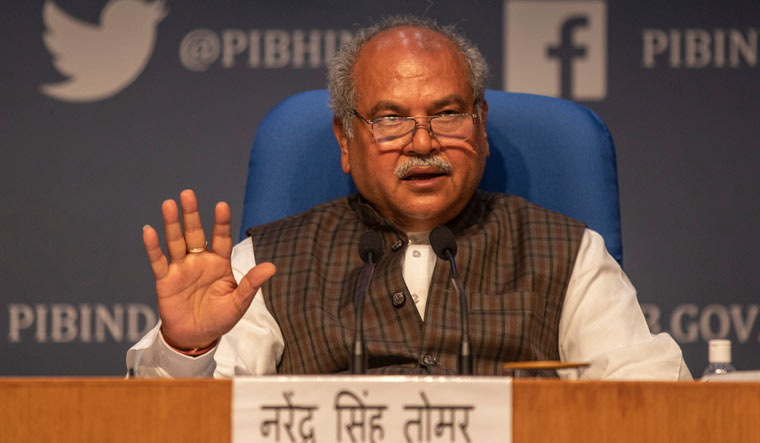 Union Agriculture Minister Narendra Singh Tomar claimed on Monday that the entire nation is standing with the Centre on the three farm laws.

The minister said the BJP has always stood with the farmers and added that after the party came to power in 2014, many decisions were taken to double the income of farmers. The farmers were happy with these decisions, he added.

Tomar further said the government had 11 rounds of talks with protesting farmer Unions. We asked them to present their proposal, but they are not able to give any, he said.

A few days ago, Tomar had said the three agricultural reforms will bring a revolution in the lives of the country's farmers. The minister had then refused to comment on the ongoing protests by the farmers.

The Union minister has been making repeated appeals to the farmers to end their protests and resolve their difference through dialogue. The government and unions have held 11 rounds of talks, the last being on January 22, to break the deadlock.