Prima facie, it appears to be a case of suicide, say police 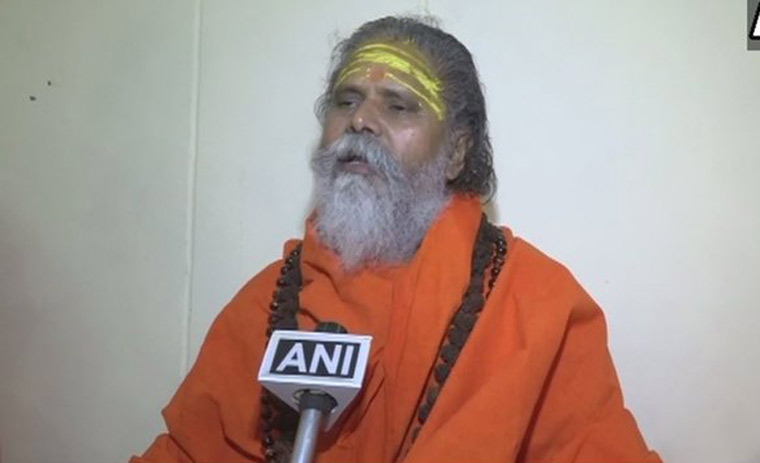 Mahant Narendra Giri, the president of Akhil Bhartiya Akhara Parishad (ABAP), the apex body of 14 akharas, was found dead at his residence in Prayagraj on Monday evening.

Giri’s body was found hanging from a rope inside a room in the Baghambari Mutt, police said, adding that prima facie, it appears to be a case of suicide.

“I won't be able to say anything without investigation. We received a call from ashram that maharaj has hanged himself from a fan. Prima facie, it is a case of suicide. I appeal all of you to maintain peace,” K.P. Singh, IG Prayagraj, told reporters.

Singh said police have recovered a suicide note in which Giri has held one of his disciples responsible for his death. “We are investigating the matter. We will release the suicide note after a forensic investigation of it,” he said.

The sadhu had also talked about the construction of a 'samadhi' in the suicide note, Singh said, adding the decision on it will also be taken by the Akhara Parishad's office bearers.

According to reports, some disciples of Giri have refused to believe the suicide theory and insisted that there was some foul play.

Giri, who was also the head of Niranjani Akhara, was involved in a property dispute with his junior Anand Giri a few months ago, though the matter was resolved later.

Several political leaders, including Prime Minister Narendra Modi, extended their condolences on the death of Giri.

"The death of Mahant Narendra Giri Ji, President of Akhil Bharatiya Akhara Parishad, is an irreparable loss to the spiritual world. It is prayed to Lord Shri Ram to grant the departed soul a place at His feet and strength to the bereaved followers to bear this sorrow. Om Shanti!,” he said.

Samajwadi Party chief Akhilesh Yadav, too, condoled the death of the saint. "All India Akhara Parishad President Pujya Narendra Giri Ji passed away, irreparable loss! May God grant the virtuous soul a place at his feet and strength to his followers to bear this sorrow,” he tweeted.