Yogi Adityanath is a 'champion of anti-women mindset': Priyanka Gandhi

Gandhi attacked CM over the issue of crimes against women 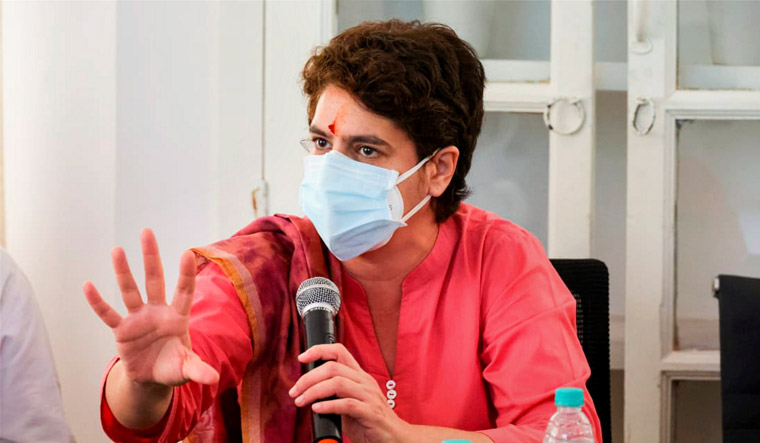 Congress leader Priyanka Gandhi Vadra on Tuesday attacked Uttar Pradesh Chief Minister Yogi Adityanath over the issue of crimes against women in the state and alleged that he was the champion of "anti-women mindset".

Her attack on Adityanath came as on this day, last year, the horrific Hathras incident took place in which a young Dalit woman was raped by four men. The woman died on September 29 at Delhi's Safdarjung Hospital during treatment.

"A year ago from today, a horrific incident of rape had happened in Hathras and instead of providing justice and security to the family, the Uttar Pradesh government had threatened the family and also snatched away their right to give their daughter an honourable funeral," Priyanka Gandhi said in a tweet in Hindi.

Government officials and BJP leaders had made statements to the effect that there was "no rape" and the energy of the entire government machinery was spent on character assassination of the victim, the Congress general secretary alleged.

How can you even expect sensitivity from the head of a government that has such a horrible stance on crimes against women, Priyanka Gandhi asked.

"Anyway, the chief minister of Uttar Pradesh is the champion of anti-women mindset.  He has said that 'women should not be independent'," she claimed.

The victim was cremated in the dead of the night near her home on September 30. Her family alleged they were forced by the local police to hurriedly conduct her last rites.