UP deputy CM questions temple visits by opposition, says nothing will impact BJP in polls 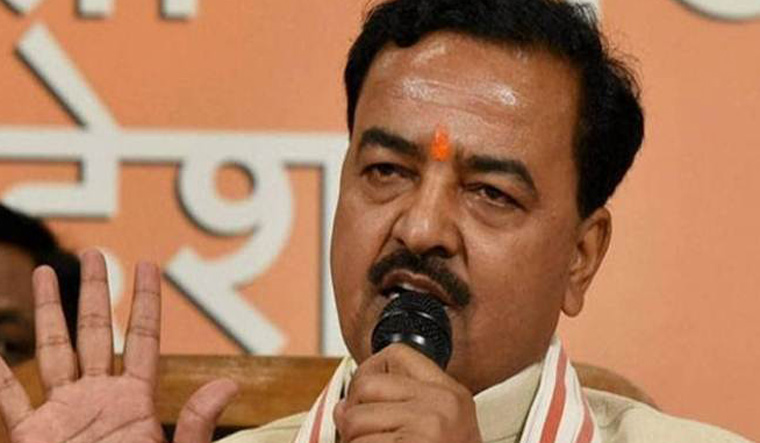 Uttar Pradesh’s deputy chief minister has called into question the temple visits of the opposition as assembly elections in the state approach.

Keshav Prasad Maurya has asked Samajwadi Party chief Akhilesh Yadav when he visited a temple before 2014. That was the year of the Lok Sabha elections before the ones in 2019. In 2014, the BJP had won an absolute majority with 282 out of 543 seats.

There is recognition in the BJP’s opposition that temple visits are a must to wean away the voter base which perceives BJP as a protector of Hindus.

In March this year, Yadav made a long visit to Mathura’s Banke Bihari temple. This capped off other temple runs in Chitrakoot and Mirzapur. In July, he was to visit the Kashi Vishwanath Temple at Varanasi but the choice of the date ran into some controversy, and hence the visit was dropped. His last visit to the temple in Varanasi was with wife Dimple in 2014.

“As the elections near, he is remembering yatras (rides) and sammelans (conventions) but none of this will impact the BJP,” said Maurya.

While Yadav’s temple run is to offset the impression that his party is overtly inclined towards Muslims, other parties, too, are giving the mandatory nods to Hindus. A delegation of the Aam Aadmi Party, for instance, was in Ayodhya, on Monday to pay respects at the Hanumangarhi temple among other tasks.

Maurya also attacked Congress general secretary Rahul Gandhi. “He may visit temples and declare himself a janeu dhaari (bearer of the sacred thread), Akhilesh (Yadav) might take a dip in the Ganga but both must prove to the people of the country when they visited a temple before 2014,” Maurya said.

He added that the visible temple visits were symbolic of a loss of the opposition and the victory of the BJP.

Maurya has also dismissed any impact on the BJP if Priyanka Gandhi Vadra is made the CM face by the Congress. “Priyanka might fight from anywhere. It does not make a difference to the BJP,” he said.