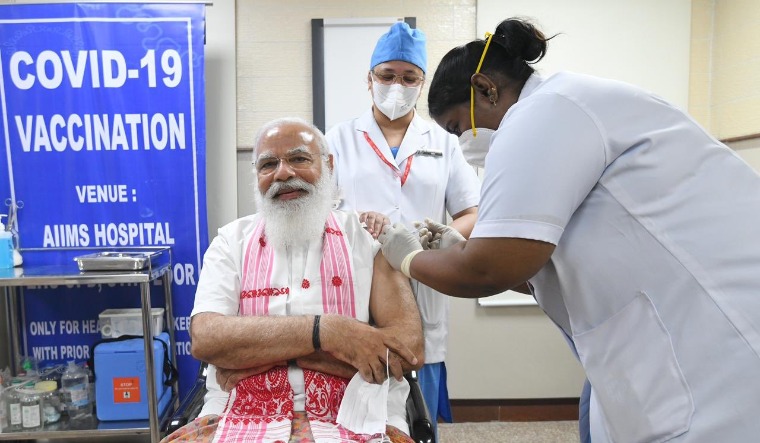 BJP workers across the country will run a special campaign on the birthday of Prime Minister Narendra Modi on September 17 to help maximum people get inoculated against COVID, aiming to break all previous records of vaccination.

Announcing the campaign from his residence, BJP president J.P. Nadda said party workers at booth level across the country will help people get vaccinated on the day.

Also, talking about the party's health volunteers' campaign, Nadda said the BJP had pledged to train 4 lakh volunteers in 2 lakh villages to support the healthcare system.

So far, the party has trained 6.88 lakh volunteers in 43 days and hopes to touch 8 lakh very soon, he said.

Speaking during the event, BJP general secretary Tarun Chugh said party workers will break all previous records of vaccination on the prime minister's birthday on September 17.

Chugh further said nearly 18,000 doctors have been associated with the party's health volunteers' campaign for mitigating any further wave of the coronavirus pandemic.

The BJP will also carry out a special course for health volunteers in October, Chugh said.