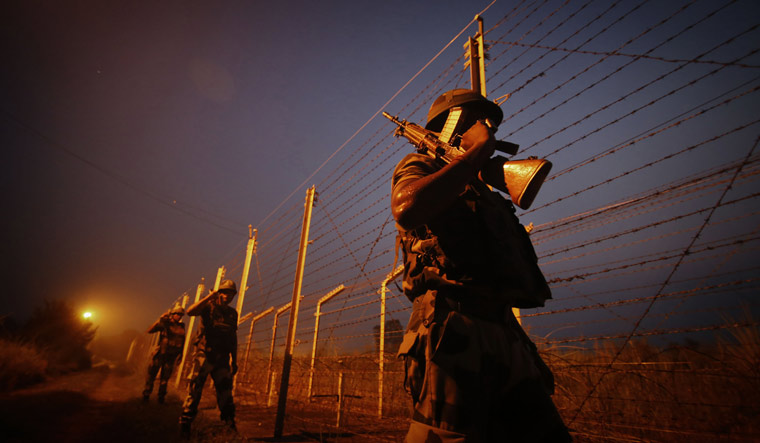 The Army has foiled an infiltration bid along the Line of Control (LoC) in Jammu and Kashmir's Poonch district, defence officials said on Friday.

This is the second infiltration bid foiled by the Army in the last five days.

"There was an infiltration attempt (by terrorists) along LoC in Poonch sector last night," said the PRO defence.

The infiltration bid has been foiled with effective fire by the troops on our side of the LoC, he said.

Further details are awaited, the PRO added. He, however, denied any ceasefire violation along the LoC.

Earlier in the week on Monday, two terrorists were killed as Army troops foiled a similar infiltration attempt along the LoC in Poonch district.

It seeks a report from the Defense Secretary on the vulnerability of the nuclear arsenal of Pakistan to seizure or control.

This includes considerations of known extremism among personnel of Pakistan's Inter-Services Intelligence and the possibility of terror threats from Afghanistan.