Pilot demanded to know the logic behind leasing the assets 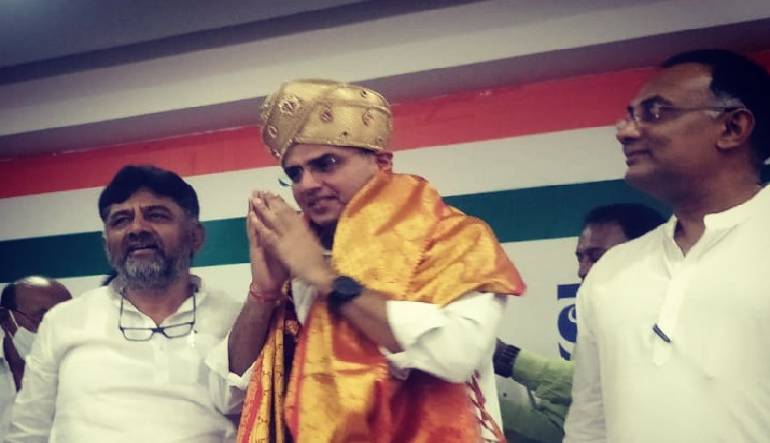 Addressing a press conference in Bengaluru on Wednesday, Pilot slammed the Modi government, saying the BJP was planning to monetise assets worth Rs 6 lakh crore. These core assets had been built over the last six decades with the hard earned money of the taxpayers, he pointed out. "The government now wants to monetise the assets to fund the infrastructure. The prime minister has announced thrice from the Red Fort that the government will invest Rs 100 lakh crore for infrastructure. Now,  will the crores raised by the government be used to make up for the Rs 5.5 lakh crore revenue deficit or to build fresh infrastructure?"

Noting that it was the Congress party that paved the way for liberalisation, Pilot said,  "In 1991, when Narasimha Rao was the prime minister, it was the Congress party that liberalised the economy as we are always pro-investment and growth. Today, the BJP, despite the Swadeshi Jagran Manch and Bharatiya Kisan Sangh opposing the policy, and the government saying Atmanirbhar Bharat, is putting the core assets on the block. This will create monopolies in strategic sectors. I have been the corporate affairs minister and I know that the government has to encourage fair competition instead of putting important sectors in the hands of a few people."

Pilot demanded to know the logic behind leasing the assets to people who  will take money from public sector banks to purchase the assets, lay off people, earn profits and pay the government a mere Rs 1.5 lakh crore.

Claiming that the Congress party's election manifesto in 2019 had stated that only loss making entities, which were non-strategic in nature and which did not have a large market share, would be opened up for investments, Pilot contended that the BJP government's policy was entirely different. "The core sectors like Railways, mining, telecom should remain with the government as they are strategic assets. If you are unable to generate revenue, will you sell family silver? What is India's priority," he said.

"The BJP opposed every policy of the UPA, from US nuclear deal, WTO, Aadhar card, DBT and GST. But now there has been a total turnaround in their policies. These core assets are not the party's property. A government is only a trustee of these properties that belong to the people," said Pilot.

Alleging that the Modi government was unilaterally passing crucial bills like the three farm laws, and now the NMP,  Pilot said, "The Congress party will firmly stand behind the people on this issue. Will the selling of these assets double the farmers' income, or go into every Indian's account as promised.  I am afraid it will go into making vanity projects. It is not just the process, policy but also the agenda behind it that is questionable."

Answering a question on leasing of strategic assets leading to national security issues,  Pilot stated that though he did not want to sound like an alarmist, there were some countries like the US and Australia that have forbidden Chinese entities from bidding for strategic sectors. But India does not have such safeguards in place. "I consider telecom towers, railway networks, fibre optics to be strategic assets. But when the bidding happens, how will you filter our certain entities? The track record of government of India is not very impressive either.  Look at Air India, they have been trying to disinvest for the last seven years. They could not find anybody to invest in HPCL and they got another PSU ONGC to invest in it. So, if strategic assets are put on the block,  it raises questions over the national security and integrity,"  said Pilot.

The Congress leader also mocked at the BJP government and questioned its handling of the economy.

"Poverty,  inflation and unemployment are on the rise.  The government gave Rs 20 lakh crore as stimulus package during the pandemic. But who is benefiting from it.  As the Congress party has been saying and many countries have been doing, the government has to give money into the hands of the poor and the middle class so they can consume and also purchase more. But the government gave out an imaginary stimulus package and the economy has started sinking, all sectors have failed to perform," he added.